Ever since Marvel Comics acquired the rights to the Alien and Predator franchises from Dark Horse Comics a couple of months back–as reported here in Horror News Network–fans have waited to see what the comics giant would do with them.

Well, as reported by cbr.com, that wait may stretch into next year, but it sounds like it will be worth it. Marvel’s Aliens Omnibus Vol. 1 is expected to go on sale in April 2021, and a compelling cross-section of classic Aliens comics are included in this edition.

The price tag for this instant collector’s item has not been announced yet, but you can check out Mark A. Nelson’s direct market exclusive cover on this page. The main cover for the omnibus–rendered by Greg Land–will be released at a later date, according to Marvel.

Marvel said in a statement that the omnibus will contain “classic comic book tales set in the iconic–and terrifying–world of the Alien franchise. Following the debut of the landmark film in 1979, the groundbreaking Alien franchise took the comic book world by storm with a thrilling series that featured classic characters from the films and explored never-before-seen corners of the Alien universe.”

If you’re a longtime comic book fan, you may remember the last time Marvel had a huge horror hit–Tomb of Dracula, by Marv Wolfman, Gene Colan and Tom Palmer–way back in the 1970s. The Aliens books–and the Predator titles sure to follow–may usher in a new era for the the world’s No. 1 comics publisher.

Keep reading Horror News Network for all updates on the Alien and Predator comics from Marvel. 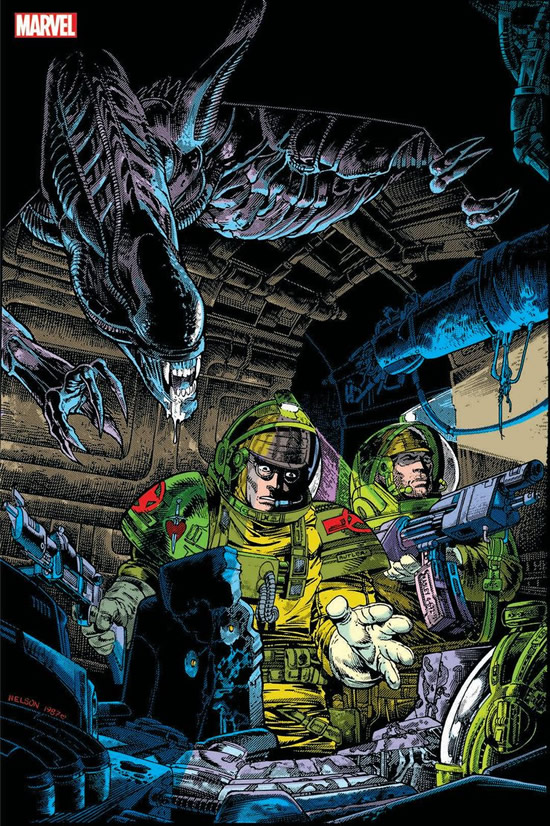