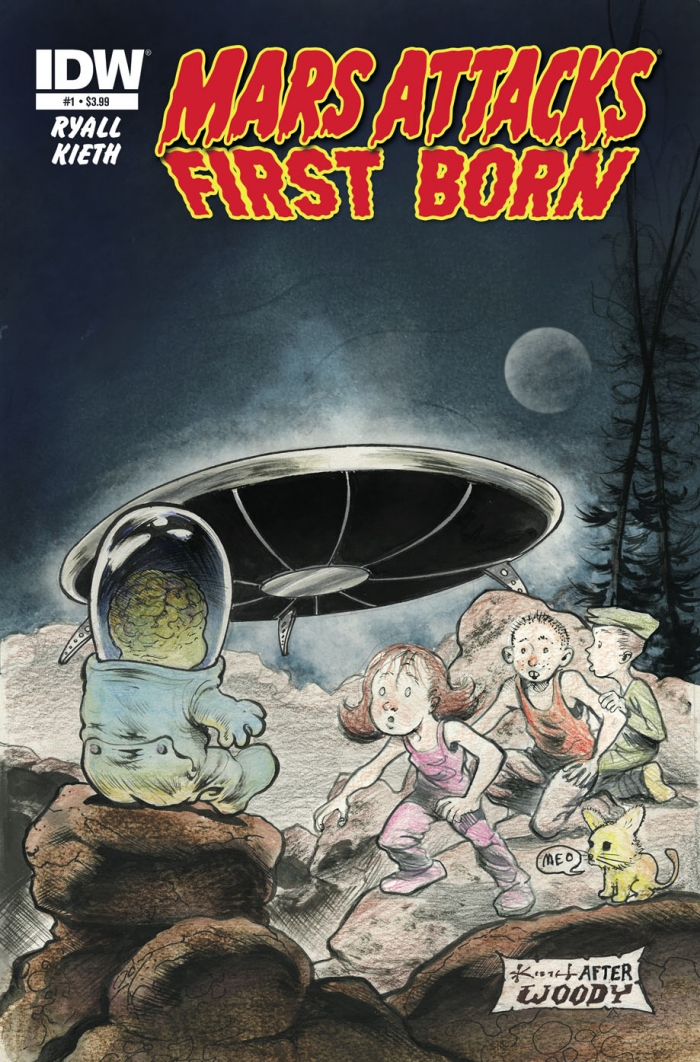 Mars Attacks: First Born in May

First Born tells a deceptively quiet story of the after effects of the Martian invasion: in a devastated neighborhood, a few survivors try to rebuild their lives. One of those survivors is an infant Martian, left behind in the attacks. But was she left behind on accident, or as part of a more nefarious plan? Does nature versus nurture apply to horrible invaders from Mars? These are some of the themes being explored in this series. Also: giant bugs.