Mark Hamill apparently is not ready to rest on his laurels. Coming off his iconic role as Luke Skywalker in the Star Wars saga, the actor has found a role he can really sink his teeth into.

Hamill will portray an ancient vampire in an FX series he really enjoys–What We Do In The Shadows –in the second season’s May 13 episode, “On The Run”, as reported by Entertainment Weekly.

The first season of this strange and funny horror show was highlighted by several stars in cameo roles–including Wesley Snipes (the Blade film series), Evan Rachel Wood and Danny Trejo–and the second season continues this tradition with the man behind the farmer boy-turned-Jedi from the legendary fantasy franchise.

Hamill–whose vampire character on the show is a rival of one of the leading characters, Lazlo (played by Matt Berry)–became a fan when his son Nathan suggested they watch the movie that spawned the FX series. “He explained it was a reality show about vampires,” Hamill said, “and I was very intrigued.”

Hamill was hooked at first viewing. “It was so incredibly clever and compelling. It had all the elements of a horror movie, and yet it combined the magnificent with the mundane. It’s one of my favorite movies ever,” he added.

The film version of What We Do In The Shadows was the brainchild of Clement and Waititi (who, incidentally, this week was named director of the next Star Wars movie).

When Hamill heard the film was being adapted for the small screen, he admitted to some trepidation, but was quickly impressed with the TV take. “The whole cast is one of the best ensembles in television history,” he said.

When Hamill was approached about a possible cameo on the show, he said he would “check out the script and see what they had in mind. When I read I was gong to play a vampire, I just about shot out of my chair!”

Keep reading Horror News Network for updates on the show, and be sure to check out Luke Skywalker in fangs on FX at 10 p.m. (ET) on May 13. 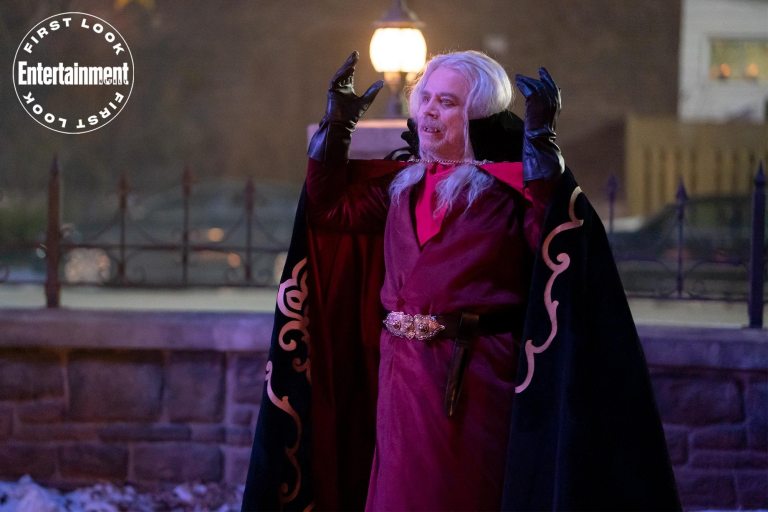 Mark HamillWhat We Do in The Shadows
Share FacebookTwitterRedditEmail