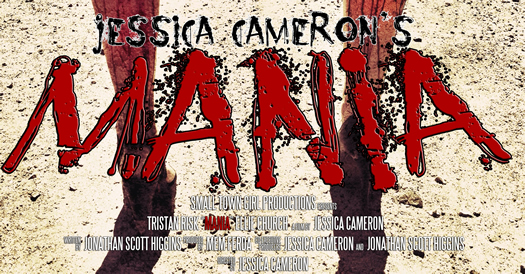 The teaser trailer can be viewed at the link below:

The plot of the film revolves around two lesbian lovers who flee their home and travel cross country after a brutal murder. The movie stars Ellie Church and Tristan Risk.

MANIA was one of three features that were filmed simultaneously while traveling across the United States in an RV. Desolation was the other narrative feature, which is a modern hitch hiker tale in which Cameron stars along side Carlo Mendez (The Bay, The Second Coming of Christ). Kill the PA will be the feature length documentary that chronicles the making of both movies, giving the fans an eye opening, honest look into how indie films are made.