‘Maneater’ Will Swim Through Bloody Waters This August

How many of these damn sharks are out there?

Maneater–yet another shark horror flick–recently was sold to a slew of buyers (including Saban Films) during the Cannes market and will splash its way into theaters in August, according to a report on Deadline. 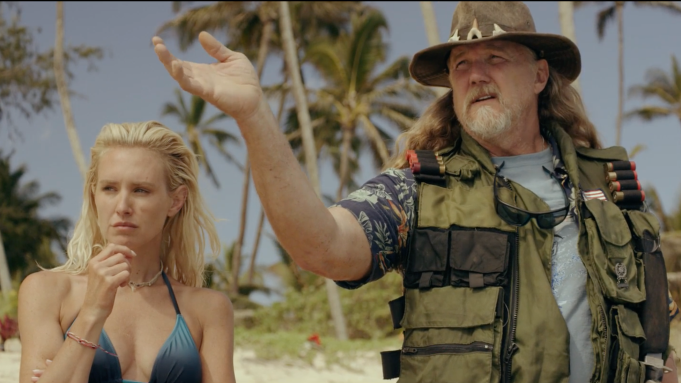 The finny film–starring Nicky Whelan (Rob Zombie’s Halloween II), Trace Adkins (The Lincoln Lawyer) and Shane West (Dracula 2000)–follows a group of friends on vacation (already sounds familiar) in a “seeming island paradise who are stalked by an unrelenting great white after an accident leaves them stranded and left for dead.”

Maneater–produced by Daemon Hillin–was written and directed by Justin Lee (The Most Dangerous Game). Hillin said the film was shot “on location as practically as possible. We wanted to provide an authentic, thrilling experience in the shark genre.”

Trailer For ‘Maneater’–One More Reason To Stay On Dry Land