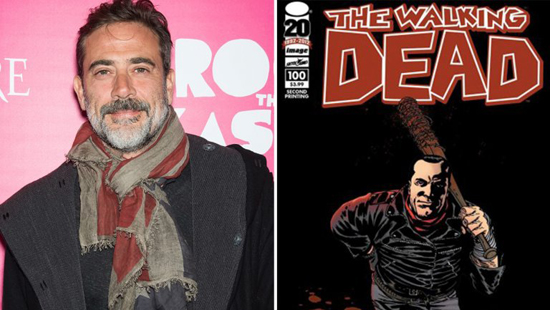 Jeffrey Dead Morgan (‘The Good Wife,’ ‘Watchmen’) has been cast in the role of Negan, a major comic villain, in AMC’s ‘The Walking Dead.’  In the comics, Negan is the violent leader of a group known as The Saviors. They are known for using force and intimidation to subjugate other communities, including Alexandria. He is also known for dropping the f-bomb, which could prove challenging for TV.

Negan first appeared in the 100th issue, when he crosses paths with Rick, who had been wanting to ‘take down’ the man who had taken half of Alexandria’s supplies in exchange for walker “protection”.  Negan makes the Governor (David Morrissey) look like a fluffy bunny in comparison.

Sources are saying that he will first arrive in the season six finale, which Greg Nicotero will be directing.   Morgan is joining as a guest star, but will become a series regular in season seven.