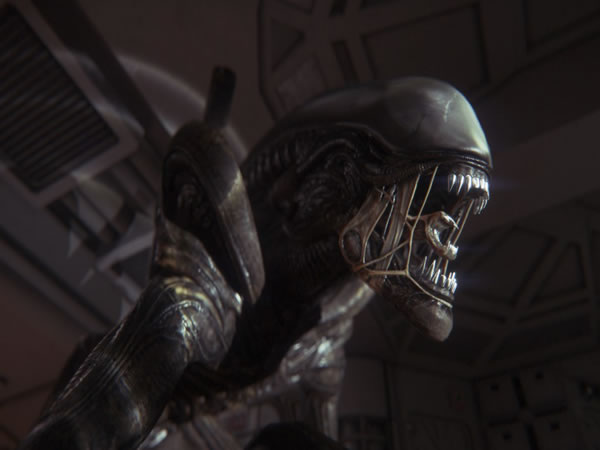 Sega announced today that ‘Lost Contact’, Alien: Isolation’s fourth add-on pack, is available to download from today. ‘Lost Contact’ adds a new Salvage Challenge to the game’s Survivor Mode, pitting players against a series of 10 challenges in a new map featuring some of the game’s toughest enemies.

Stranded in one of the more remote sections of the station, Axel has lost contact with his colleagues and must use his skills and cunning to do what he can to escape. Through a series of ten increasingly challenging tasks, he must navigate the corridors and crawls spaces, crafting items to give him the edge against some of the station’s toughest opponents.

‘Lost Contact’ is the fourth add-on pack for Alien: Isolation’s Survivor Mode, and adds the second Survivor Challenge map to the game. With only one life to play with, each challenge accepted brings a new objective and enemy type where one wrong move can, quite literally, be your last. Completing challenges unlocks rewards and points, giving access to new items to collect and craft. Should players score enough points, they can be traded for a save slot at the expense of their final score and position on Alien: Isolation’s leaderboards.

Alien: Isolation is the multi-award-winning first-person survival horror game with end of year awards from PC Gamer, Official Xbox Magazine, Rock Paper Shotgun, Eurogamer, IGN, Destructoid, Official PlayStation Magazine (UK), Time Magazine, New Statesman, The Guardian, Game Reactor (Germany, Sweden, Finland), Games Radar, Edge Magazine and many more. With over 50 Game of the Year accolades, the press and public have commended the return to form of Ridley Scott’s terrifying creature. Set on board a decommissioned trading station in the fringes of space, players find themselves in an atmosphere of constant dread and mortal danger as an unpredictable, ruthless Alien is stalking and killing deep in the shadows. Underpowered and underprepared, you must scavenge resources, improvise solutions and use your wits, not just to succeed in your mission, but to simply stay alive.