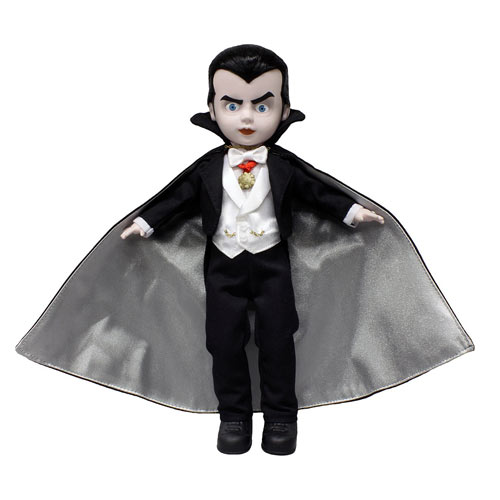 Dracula wears one of the most regal outfits ever produced for a Living Dead Doll. He comes in full evening dress with his trademark cape, famous medallion, red Carnelian stone ring, and even his watch chain carefully recreated.