Netflix has officially announced a live-action, eight-episode Wednesday Addams series titled Wednesday, a spin-off from The Addams Family universe. The Young Adult series will be directed by Tim Burton, which will mark his first live action show as well as his television directing debut. Wednesday is produced by MGM/ UA Television.

Wednesday is a coming-of-age comedy, written by Al Gough and Miles Millar (both of Smallville), infused with supernatural mystery. With an emerging psychic ability and monsters that terrorize the local town, Wednesday must navigate her first year at Nevermore Academy all the while trying to solve the mystery that entangled her parents twenty-five years ago.

Deadline.com reported in October that MGM/UA TV had taken the project and were in negotiations with Burton. “When we first heard Al Gough and Miles Millar’s pitch for Wednesday we were struck, like an arrow from a crossbow, right in our hearts. They nailed the tone, the spirit and the characters, but gave us a fresh way into this story,” said Teddy Biaselli, Netflix’s Director Original Series, calling Wednesday “the ultimate lone wolf” character. “We then got the call that visionary director and lifelong Addams Family fan Tim Burton wanted to make his television directorial debut with this series. Tim has had a history of telling empowering stories about social outsiders like Edward Scissorhands, Lydia Deitz and Batman. And now he brings his unique vision to Wednesday and her spooky classmates at Nevermore Academy.”

Wednesday Addams is one of the most beloved characters from The Addams Family universe, and while no casting has yet been confirmed, it has been noted that the series will also feature Gomez and Morticia Addams. As of yet no release date for the show has been announced. 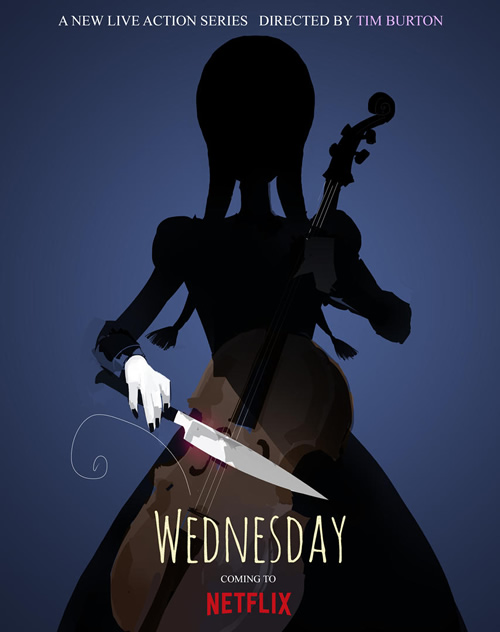