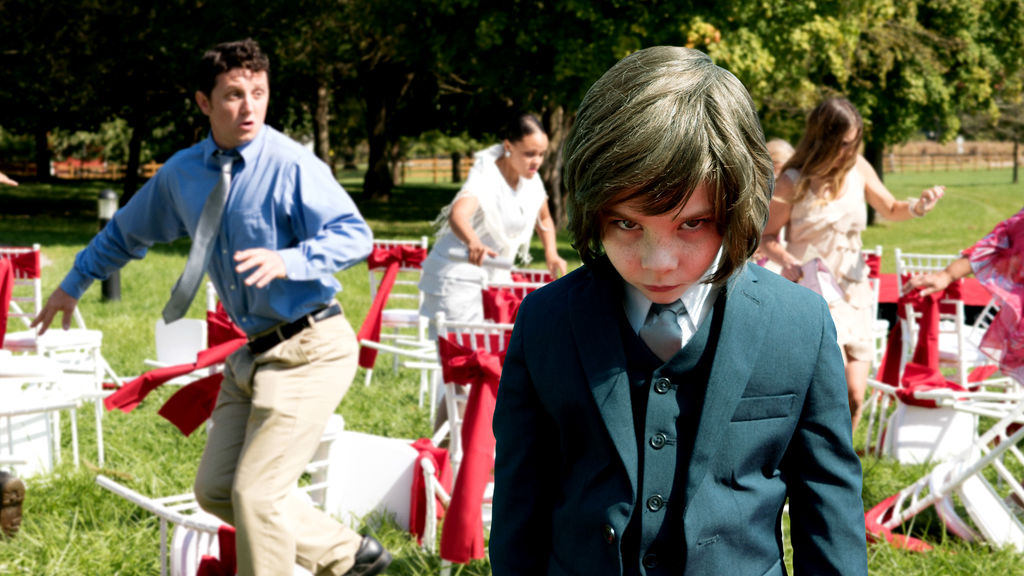 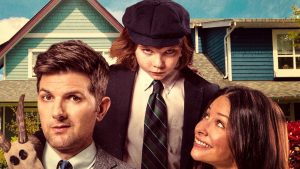 There has been a lot of doom and gloom in the press about the impending death of the movie theater amidst the takeover of streaming services like Netflix and Amazon Prime. The way the story goes is that these new conglomerates can attract the finest (and most expensive) talent and offer a viewing experience that can ultimately appeal to a wider audience than the current fare at the local multiplex. The only problem with this theory is that none of these services have served up an original movie that goes above and beyond my streaming expectations regardless of the impressive talent they’ve hired in front of or behind the camera. Unfortunately, Netflix’s Little Evil, which debuted this weekend, has done nothing to change my opinion on this issue.

Little Evil sounds pretty good on paper. When I first heard about this one, I thought to myself, “A horror-themed comedy starring Adam Scott and Evangeline Lilly? Sign me up!” I like both of the leads’ bodies of work, and the idea of Adam Scott’s character trying to succeed at his new marriage to Evangeline Lilly’s character while discovering that his new stepson just might be the Antichrist seemed pretty interesting. It was written and directed by Eli Craig (Tucker and Dale vs Evil), which is all the more evidence that Netflix is looking to replace the theatrical experience by hiring theatrical talent. However, the end result felt like a long episode of any other original content that could be found on the streaming service; not a big screen production that would cause a viewer to feel satisfied in skipping a trip to the cinema. 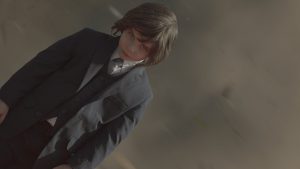 I don’t need to go much further into the plot beyond my initial synopsis for you to get the idea of what this movie is about. There are a bunch of “creepy kid” scenes which you might call an homage to films like Poltergeist, The Shining, and The Omen if they weren’t so lazy. Scary adolescent with a hand on a static-filled television screen? Check. Eerie twins standing side-by-side in blue dresses? Check. In a better movie, these would be fun references to spot; but Little Evil just kind of drops them there, in between a whole bunch of other jokes that don’t quite work. The movie is the funniest when it attempts to be more original with its content. One idea that forced a chuckle out of me is the boy’s sock puppet, which just so happens to be a goat that can shout in a demonic tongue. Scott has starred in some outstanding comedic roles in the past, and he does the best he can with the script on this one; but there are too many times where the movie falls back on the same simple concept of “mom is totally clueless and dad’s in a bind because he doesn’t want to disappoint her.” Comedically, there’s nothing in Little Evil that you haven’t seen before (especially in it’s surface-level horror references), and it’s good for a couple of polite laughs at best. 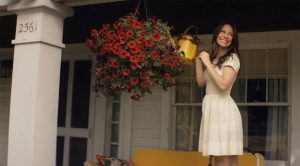 Since Little Evil boasts a cast of bonafide movie stars, I was surprised at how rarely they appeared during the movie’s runtime. Don’t get me wrong, Adam Scott can handle the responsibility of carrying the plot of the movie, but I expected to see Evangeline Lilly far more often. She’s almost non-existent in the first half of the film, and her later scenes aren’t very memorable. Next summer, Lilly will star in the guaranteed moneymaker action-comedy, Ant-Man and The Wasp… she deserved many more opportunities to shine in Little Evil. Sally Field’s role is even smaller, and this is all starting to make me think that Netflix’s strategy might be to hire big names for small parts (which are shorter, and therefore less expensive to shoot).

If Netflix’s aspiration is to truly replace the moviegoing experience with its original content, it’s going to need to do more than retain some big names. The movies need to look, sound, and feel just like a high quality big screen experience. My experience with Little Evil was okay when I consider the fact that it’s part of a $10 monthly subscription and I didn’t have to drive anywhere to see it; but if I bought a $10 ticket to see it in a theater, I would’ve left wanting more.