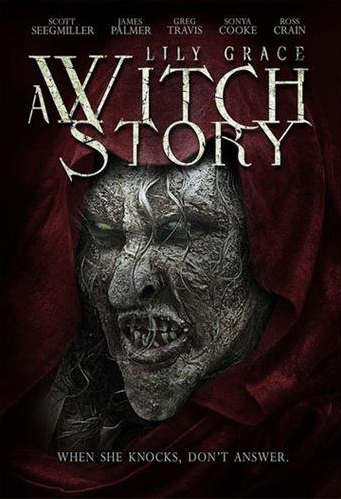 Our Thoughts: In ‘Lily Grace: A Witch Story,’ Ronald Baker returns to the home of the father he didn’t know after he passes away. After only one night in the house, he realizes it’s haunted by something sinister, and he begins to question exactly what happened to his father.

Soon, a man strange named Jake Simons shows up and starts a fight with Ronald, insisting that he looking for a purse. After they settle down, they agree to help each other.

The film has a creepy atmosphere from the beginning, but it comes and goes. The story slows down a bit more than I anticipated, as we learn more about the characters, and it feels more like like a drama at times. It seems to have many layers and most are unpeeled at the end. Some questions are left unanswered and the result is a surreal story about this witch they are chasing.

The effects used to portray the witch in this film are some of the better ones I’ve seen in horror, especially the low budget kind. I particularly liked the voice effects used and the use of practical effects.

The characters are far from the cliché ones you often find in horror, they are equally strange and fascinating to watch. James Palmer is outstanding as the bizarre Jake. Scott Seegmiller  is sympathetic as the confused Ronald.

The film is not what you will expect, and in a lot of ways it’s hard to explain. It felt like more of a psychological horror film to me, while I was expecting a something more of a haunting or possibly a creature feature. Either way,  ‘Lily Grace: A Witch Story’ is an enjoyable, original story, which is always refreshing in the saturation of remakes over the past few years.