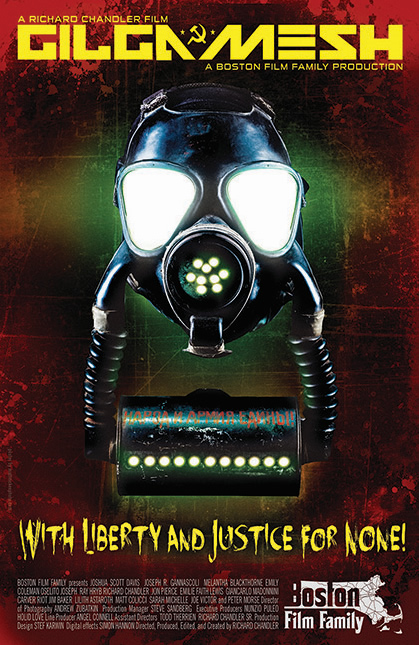 GILGAMESH will be available on VOD and limited edition signed and number DVD on February 3rd 2015.

Told in flashback-style, US Senator Higgins (Gannascoli) interrogates imprisoned archeologist David Murphy (Davis) in order to learn how Murphy and his wife Kristen (Blackthorne) were involved in an expedition that may have accidentally freed from her ancient prison Inanna (Coleman), the Sumerian goddess of lust and war.

While Inanna plots to destroy earth using a giant meteor to collide into the planet, the American President (Morse) and his military men (Pierce, Madonnini, and Victor) hope to utilize Inanna as a weapon of mass destruction. However a violent communist take- over of the US government, led by Special Agent Lars (Chandler) and his ally Angela Kozlov (Riot), complicates the government’s goal to exploit Inanna.

As chaos ensues, the ancient god Gilgamesh (Joseph) ponders whether or not he will act as mankind’s last best hope to save humanity from its rendezvous with annihilation.

The Boston-based auteur felt the moment was right to unleash his vision of cultural chaos upon an unsuspecting public even though he spent a few years developing the material.

“The first draft of the script was a lot longer,” he conceded. “I had to cut a lot out just to make it economically feasible.” Chandler raised over $5,000.00 through a successful Kickstarter campaign, which supplemented funds he himself had laid out for the project.