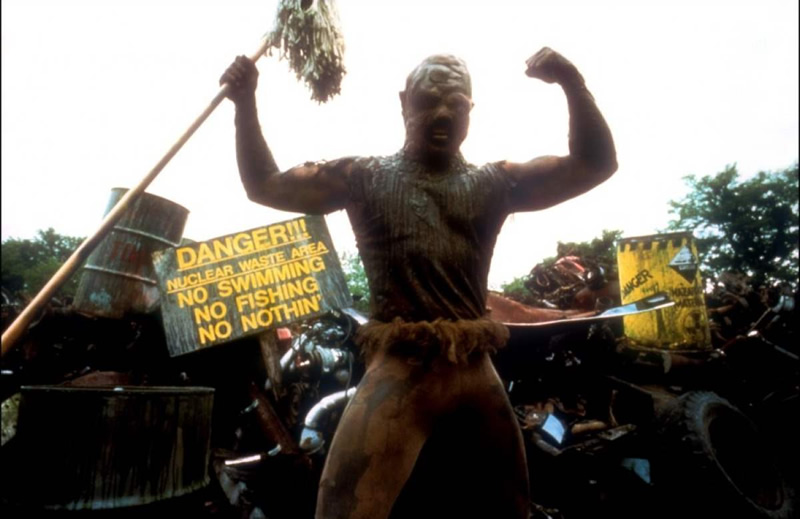 Deadline is reporting that Legendary Entertainment has nabbed the film rights to The Toxic Avenger and will reboot the Troma horror franchise. The series will seemingly be in good hands as Troma’s Lloyd Kaufman and Michael Herz will serve as producers.

Released in May of 1984, The Toxic Avenger follows the story of Melvin Ferd a 98-pound weakling who constantly gets teased and harassed at his health club job where he works as a janitor. A malicious prank goes wrong and sends Melvin flying out of a second story window and into a truck loaded with drums of toxic waste. Upon hitting the drums Melvin is set on fire and eventually the chemicals from the drums cause him to transform into the creature known as Toxie.

The movie became a cult classic and Toxie became an icon for Troma. As the characters popularity increased Troma produced many more Toxic Avenger films. In April 1991 the character starred in his own comic book titled The Toxic Avenger which was published by Marvel Comics. A cartoon, Toxic Crusaders which was based on the property made its debut in the Summer of 1990.

Keep it tuned to Horror News Network for the latest on The Toxic Avenger.