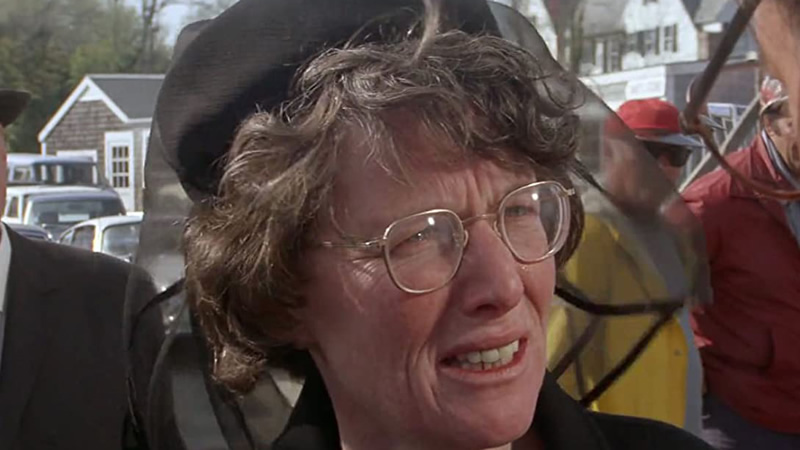 Lee Fierro of ‘JAWS’ Passes Away Due to Coronavirus Complications

Sad news to pass along today as we have learned via Deadline that Jaws actress Lee Fierro has passed away from Coronavirus complications at the age of 91. Although her screen time as Mrs. Kintner in the classic horror flick was short it made an enormous impact.

Following her son’s death Mrs. Kintner approached Chief Brody (Roy Scheider) and calls out his name finishing the greeting with an open-handed slap across the face.

“I just found out, that a girl got killed here last week, and you knew it! You knew there was a shark out there! You knew it was dangerous! But you let people go swimming anyway? You knew all those things! But still my boy is dead now. And there’s nothing you can do about it. My boy is dead. I wanted you to know that.”

In addition to her role in the 1975 classic Jaws, Fierro reprised her role in 1987s Jaws: The Revenge. The actress also appeared in numerous Jaws documentaries including Jaws: The 25th Anniversary Documentary, Jaws: The Inside Story and The Shark Is Still Working: The Impact & Legacy of Jaws recounting her time on the film.

Our team at Horror News Network sends our deepest condolences to Lee’s family during this difficult time.