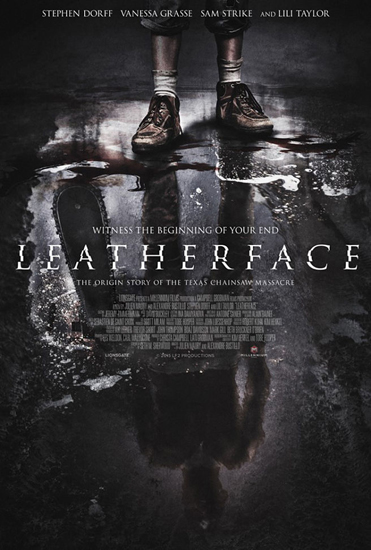 The poster for Lionsgate’s upcoming ‘Texas Chainsaw Massacre’ sequel, ‘Leatherface’, has been released. The film centers around the life of a teenage Leatherface, who escapes from a mental hospital, along with three other inmates, who kidnaps a nurse and take her on a road trip from hell. They are chased by an equally deranged, revenge seeking cop.

The film stars Stephen Dorff as Texas Ranger Hal Hartman, Lili Taylor as Verna Sawyer, Sam Strike as Jackson, and Nicole Andrews as Tammy.  Alexandre Bustillo and Julien Maury co-direct the film from Seth M. Sherwood’s screenplay. ‘Leatherface’ will be released sometime in 2016. You ca check out the new poster below!