A young actress with impressive genre creds has been named to play the lead role of Charlie in the much-anticipated remake of the Stephen King classic Firestarter.

Ryan Kiera Armstrong–with American Horror Story and It: Chapter II on her resume–will take on the key role made famous by Drew Barrymore in the original 1984 film, as reported by Deadline. Check out the photo on this page to see what Armstrong will look like in the part.

As all of King’s Constant Readers (and Viewers) know, Firestarter tells the eerie story of a young girl who develops pyrokinetic powers (enabling her to set things ablaze) and who is abducted by a secret government agency called The Shop that wants to harness her abilities as a weapon.

The film–from Blumhouse Productions and Universal Pictures–is directed by Keith Thomas (The Vigil) from a screenplay by Scott Teems (Halloween Kills). Jason Blum and Akiva Goldsman are producing, with Martha De Laurentiis serving as executive producer.

Keep reading Horror News Network for further updates on this remake of Firestarter. 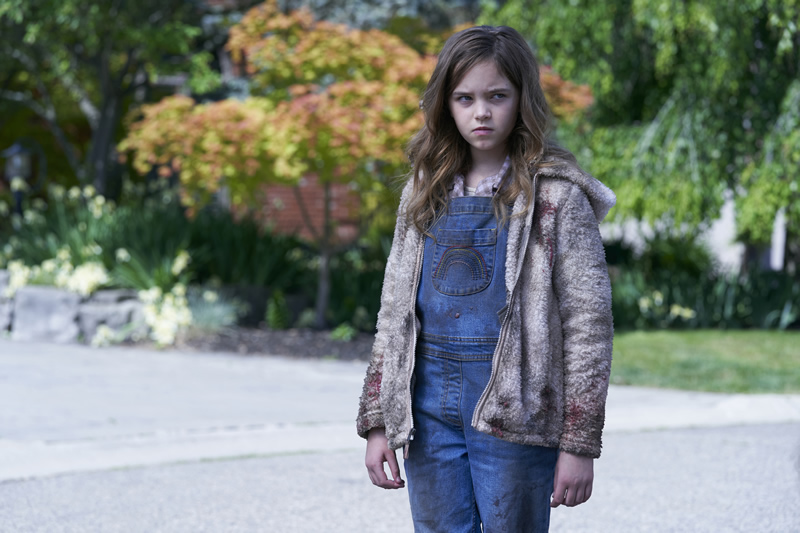