Paramount Pictures gave everyone something to scream about today as they revealed a new poster for Scream VI. The poster, which can be seen below, turns the subway into a map of Ghostface with all the stops being his kills. 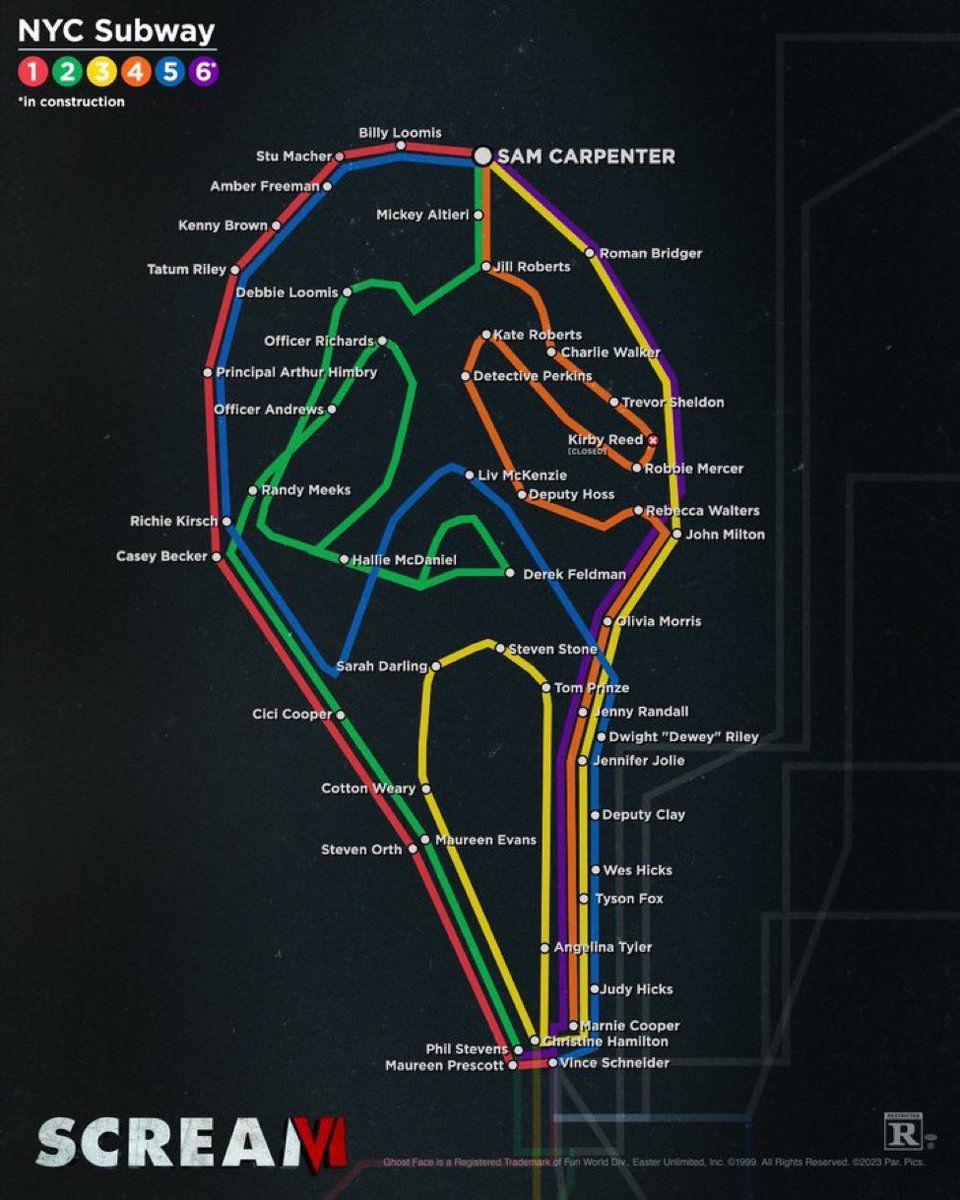 The next entry in the slasher franchise will directed by Matt Bettinelli-Olpin and Tyler Gillett from a screenplay by James Vanderbilt and Guy Busick.

The new film follows the four survivors of the Ghostface killings as they leave Woodsboro behind and start a fresh chapter.

Keep it locked to Horror News Network for more on Scream VI.