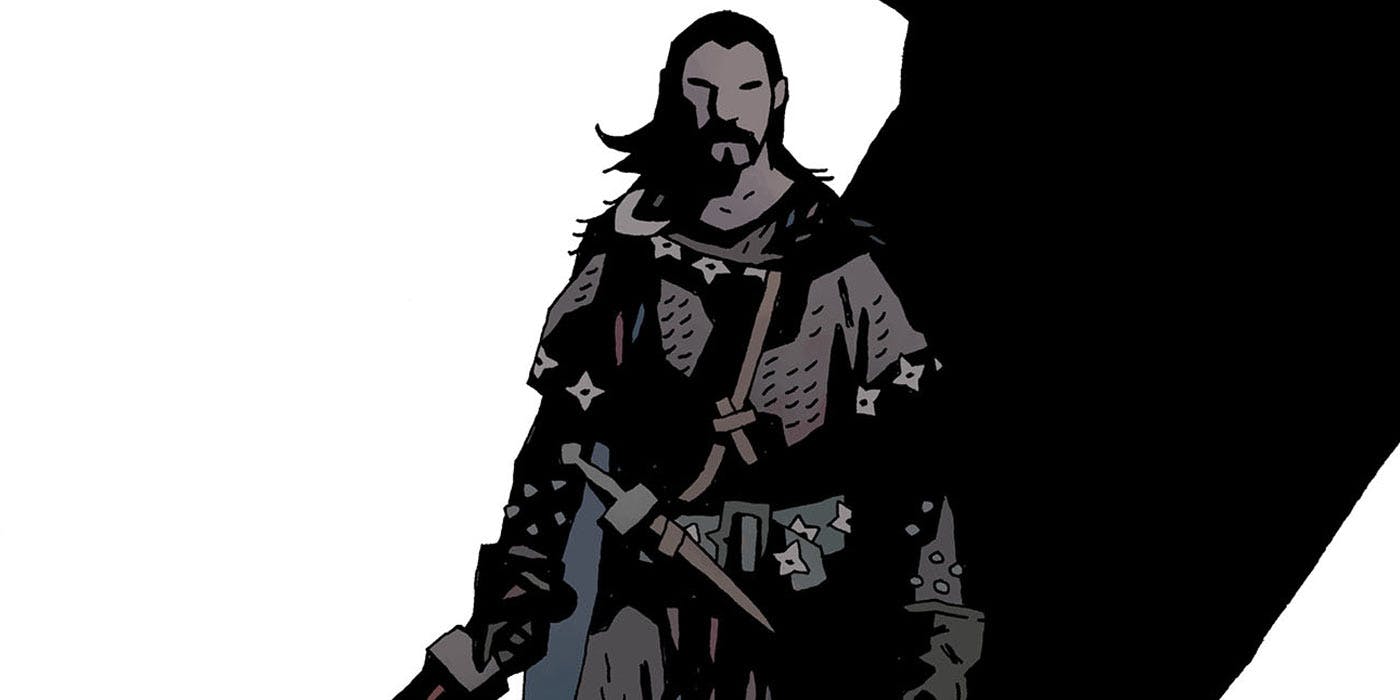 Fans of the Mignolaverse have been engrossed in the new Koschei the Deathless mini-series since its debut in late 2017, celebrating the tale that explores one of Hellboy’s greatest foes in a new light.  Along with the typical mythic storytelling elements provided by Mignola, the tragic figure’s back story is beautifully illustrated by frequent Mignolaverse collaborator Ben Stenbeck.  Horror News Network was happy to be able to speak to Stenbeck about his role in the new series, the possible ending of Baltimore, and his range of artistic influences in this exclusive interview.

Horror News Network:  You have worked extensively with Mike Mignola on many different properties.  How did you first meet and begin working together?

Ben Stenbeck:  My first big job in the comic industry was this book called Living with the Dead, which was a silly, fun book. Mike just happened to see it and mentioned to our mutual editor that he wanted to try me out on a single issue, so I did B.P.R.D.: The Ectoplasmic Man.  Mike was happy with that, and that lead to the first Witchfinder book, and Mike was happy with that, and on it went. I always wanted to work with Mike and it just sort of worked out.

HNN:  Your new title Koshchei the Deathless examines a character that has a rich history in terms of mythology and folklore.  How much of the source material did you and Mike use in this “origin story”?

Stenbeck:  Mike’s drawing on a lot of different pieces of the mythology. That’s something he really excels at, taking all these different parts and creating his own stories. I don’t think any of it is a literal representation of the original stories.

HNN:  Koshchei, like many of the characters you’ve worked on, are tragic figures.  How does the tragedy help shape your portrayal of a villianous character?

Stenbeck:  I kind of like drawing tragic characters, and pretty much every character I’ve drawn has been a bit tragic. Baltimore, Frankenstein, Witchfinder. I guess a lot of that is in the writing.

HNN:  You have illustrated comics that take place in all different eras and settings (BPRD, Lobster Johnson, Baltimore).  Is there one setting that you enjoy working in the most?

Stenbeck:  I always wanted to draw a Victorian world, but between Witchfinder and Baltimore (which was Edwardian but still close enough) I feel like I’ve covered that. Working on Koshchei over the last year has really gotten me into medieval stuff. I’d love to do more of that. 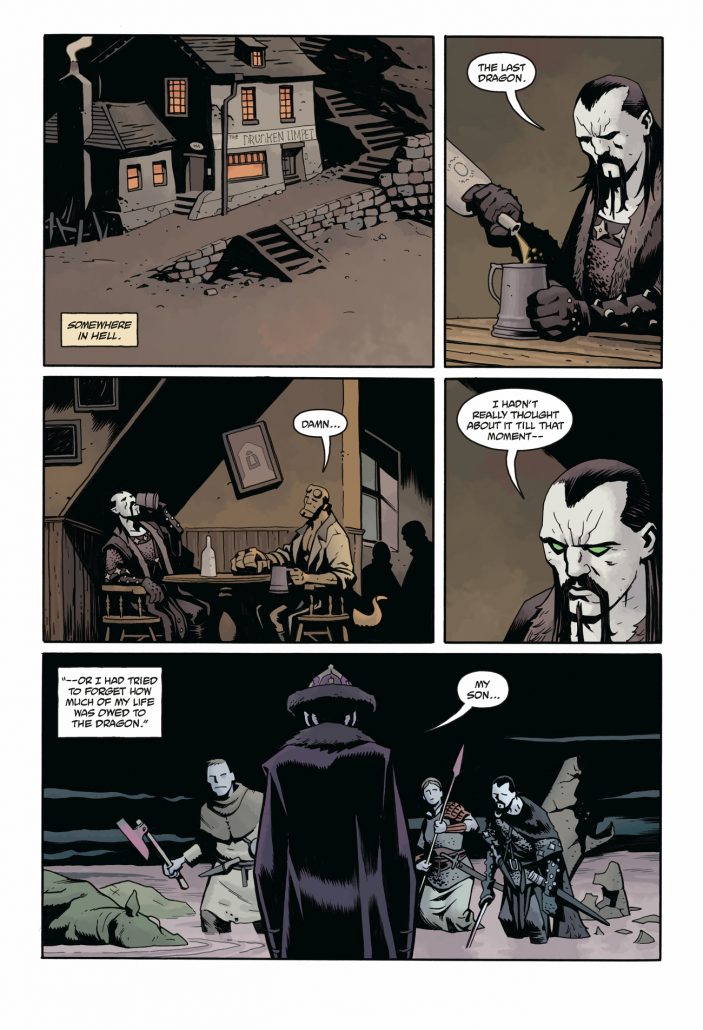 HNN:  Growing up in New Zealand, what comics or artists were you exposed to that got you interested in the medium?

Stenbeck:  New Zealand doesn’t have its own comic industry, but we get a nice mixture of books from Europe and America, so for New Zealand comic readers 2000 AD and Heavy Metal are just as much a part of your reading as any mainstream American comics.  I’ll just list the people whose work made me obsessive about comics when I was young…Geof Darrow, Mignola, Moebius, Tanino Liberatore, Bisley, Mike McMahon, Frank Miller, Al Columbia, Dave Cooper. When I was 16 I was lucky enough to become friends with a New Zealand comic artist, Martin Emond. He was my mentor. He was like my “Art Dad” for years, everything I drew I was doing specifically to try and win his approval. He taught me a ton about art, art as a business, the comic industry, and also just being a decent person.

HNN:  Baltimore: the Red Kingdom just wrapped up.  Are there are more stories planned for the title?

Stenbeck:  I don’t think so. It’s been made official now that Joe Golem is set in the same universe as Baltimore. So in that sense it’s kind of continuing.

Stenbeck:  I did try to make the world of Baltimore more grotesque than anything in the Hellboy universe. My approach to that world was “everything is rotten or water damaged or moldy and everything smells like rotten meat.”

HNN:  Any projects that we should be aware of that you are currently working on?  Upcoming?

Stenbeck:  I don’t think I can say. I just did a 6-page Hellboy story with Mike but I can’t say what for. But more Hellboy universe stuff is coming. We’ve been talking about a lot of things, but nothing to announce yet.
Koshchei the Deathless #3 goes on sale on March 7th.  Check out our exclusive cover preview below. 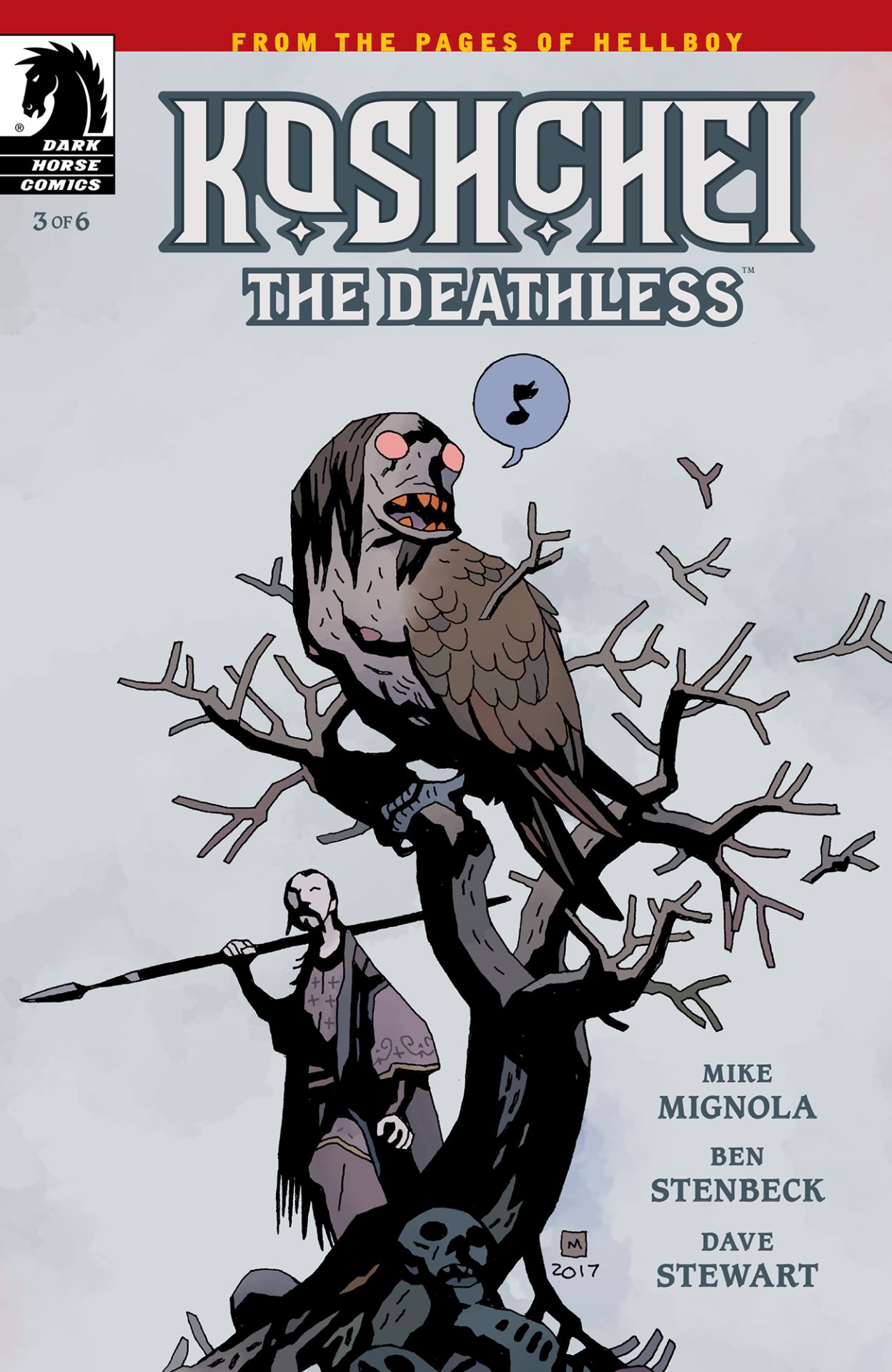