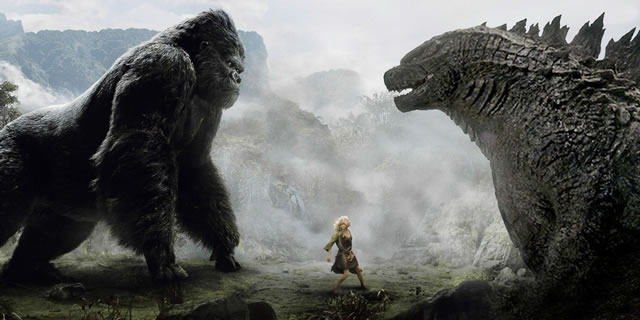 The “MosterVerse” collaboration, as it has been called, kicked off with 2014’s Godzilla and was followed by the huge Kong: Skull Island earlier this year. Next up will be Godzilla: King of the Monsters in 2019 followed by Wingard’s Godzilla vs. Kong in May of 2020. Godzilla: King of Monsters is currently in production and stars Kyle Chandler, Vera Farmiga and Millie Bobby Brown.

One must wonder if the decision to bring on a noted “horror” director hints at the possibility of the “MonsterVerse” taking us down a darker path in the future…we can only hope so!

Keep it locked to Horror News Network as we will be all over this as news becomes available.

MonsterVerse May Still Have “Legendary” Stories To Tell

Adam Wingard in Talks to Direct Next MonsterVerse Film