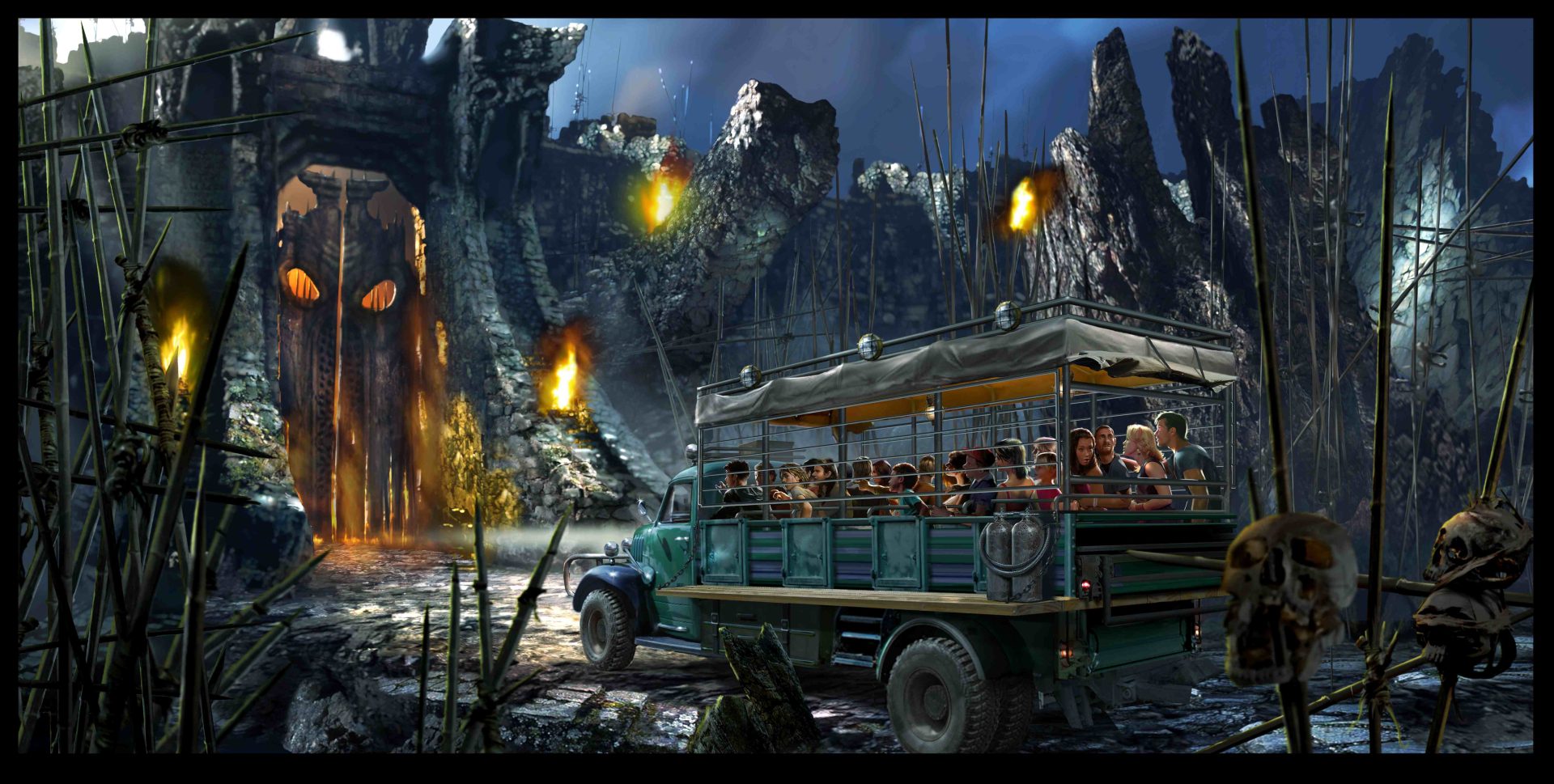 The Skull Island: Reign of Kong ride officially opened today at the Universal Orlando theme park.  The ride, which is based on the Peter Jackson’s remake from 2005, consists of both 3D effects and animatronic action in an immersive, highly detailed environment.  Plenty of dinosaurs, over-sized insects, and the big ape himself are featured in this attraction that carriers riders through the scenes in an enormous vehicle that can accommodate up to 72 people.

The ride capitalizes on the enduring fame of King Kong and the upcoming story continuation entitled Kong: Skull Island which will be released on March 10th, 2017.  The film stars Tom Hiddleston, Brie Larson, Samuel Jackson and is directed by Jordan Vogt-Roberts. 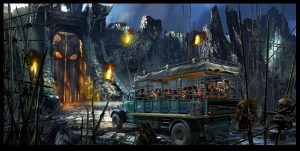