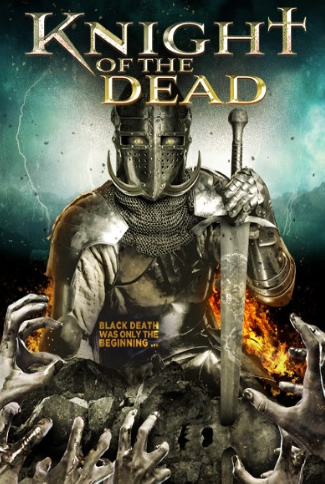 Knight of the Dead Coming to DVD January 21st

Hunted by raiders, a band of crusading knights must escort a sacred artifact through a zombie-infested valley in Knight of the Dead, coming to DVD and VOD Jan. 21 from Inception Media Group.

A band of crusading knights is charged with escorting the Holy Grail to safety through a plague-ridden countryside. Hunted by assassins, the knights venture into the forbidden Valley of Black Death where they discover something even more terrifying than the plague and the ruthless killers hot on their trail.

The banned valley has become home to the undead. Overrun by hordes of flesh-eating zombies, their only chance for survival is a mysterious maiden who can guide them out.

Their final, chilling journey becomes the ultimate battle of men vs. undead as they face a non-stop barrage of gruesome, murderous walking dead … Can they make it out alive?