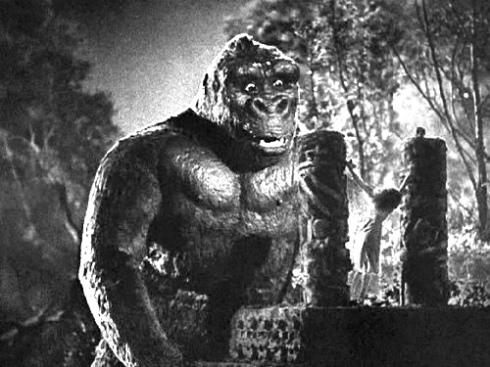 The musical has a number of acclaimed artists attached to the project, such as writer “… Jack Thorne, who won the Olivier Award for Best Play for penning the West End hit Harry Potter and the Cursed Child. He also wrote the critically acclaimed play Let the Right One In. The score is composed by Marius de Vries (a contributor to the films La La Land, Moulin Rouge and Romeo + Juliet) with songs by Eddie Perfect, composer and lyricist of the Broadway-bound Beetlejuice and Strictly Ballroom The Musical.”

The musical will be directed by “Drew McOnie, an Olivier winner for the London production of In the Heights who also helmed Jesus Christ Superstar and Strictly Ballroom The Musical, is directing and choreographing the show. The production will open in the Shubert space after the current limited engagement of Miss Saigon.”

The big ape will come to life thanks to “…a combination of animatronics and puppetry developed by creature designer Sonny Tilders, as similarly executed in the Walking With Dinosaurs and How to Train Your Dragon arena shows.”  Most important to classic horror/monster fans is the fact that “The stage show is based on the novel of the original 1933 screenplay by Merian C. Cooper and Edgar Wallace, and is described as ‘a contemporary take on the classic tale of beauty and the beast.’ It is authorized by the Merian C. Cooper Estate.”

Broadway has a bit of a hit and miss record with horror-based musicals.  For every Little Shop of Horrors or The Rocky Horror Picture Show, there are “less successful” adaptations such as Carrie: The Musical and Jekyll and Hyde.  Let’s hope “the big gorilla” gets his due on “the Great White Way”, close to his famous resting place: the base of the Empire State Building.

Stay tuned to the Horror News Network for further information about King Kong the musical and everything else in the world of horror.