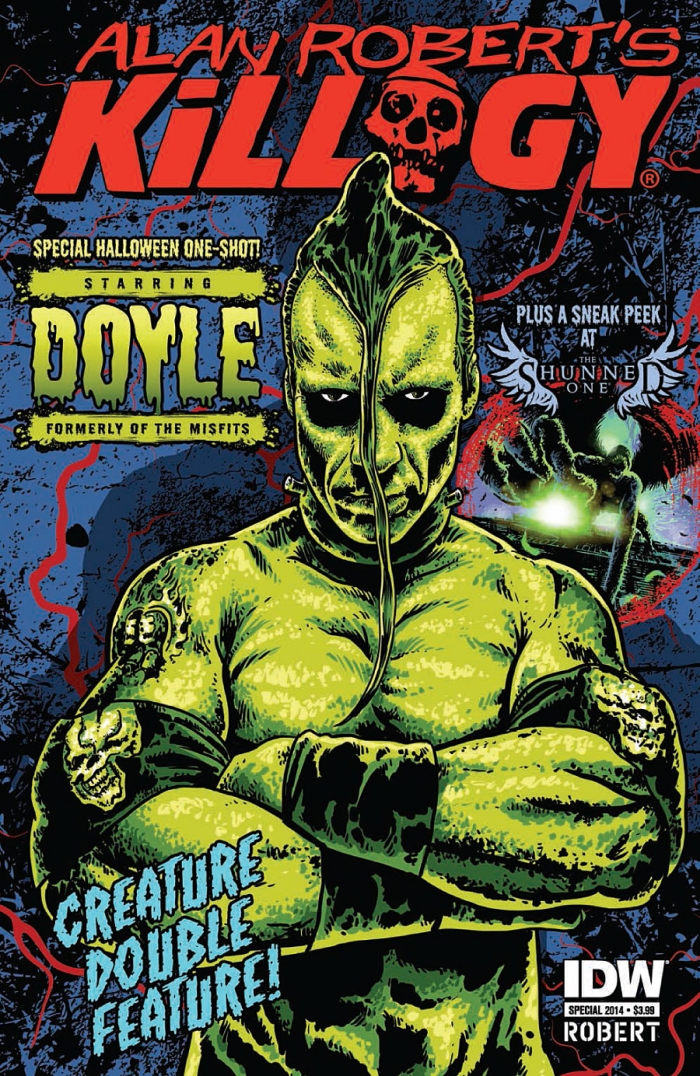 IDW Publishing has provided us a preview of the new Killogy Halloween Special comic.

The critically acclaimed horror/comedy and soon-to-be animated series is back with a vengeance with a special Halloween one-shot! Devilocked horror punk Doyle Wolfgang von Frankenstein (formerly of the Misfits) stomps through the apocalypse like you’ve never seen him before! Written and illustrated by rock star-turned-comics creator Alan Robert (Crawl to Me), this issue also includes a 10-page first look at his much-anticipated miniseries The Shunned One, coming soon!

Written and art by Alan Robert