The Killer Klowns are back to menace our planet.

Universal Studios’ Halloween Horror Nights event has unleashed a Killer Klowns from Outer Space short film upon an unsuspecting world. Check out the film–courtesy of Screen Rant–on this page. 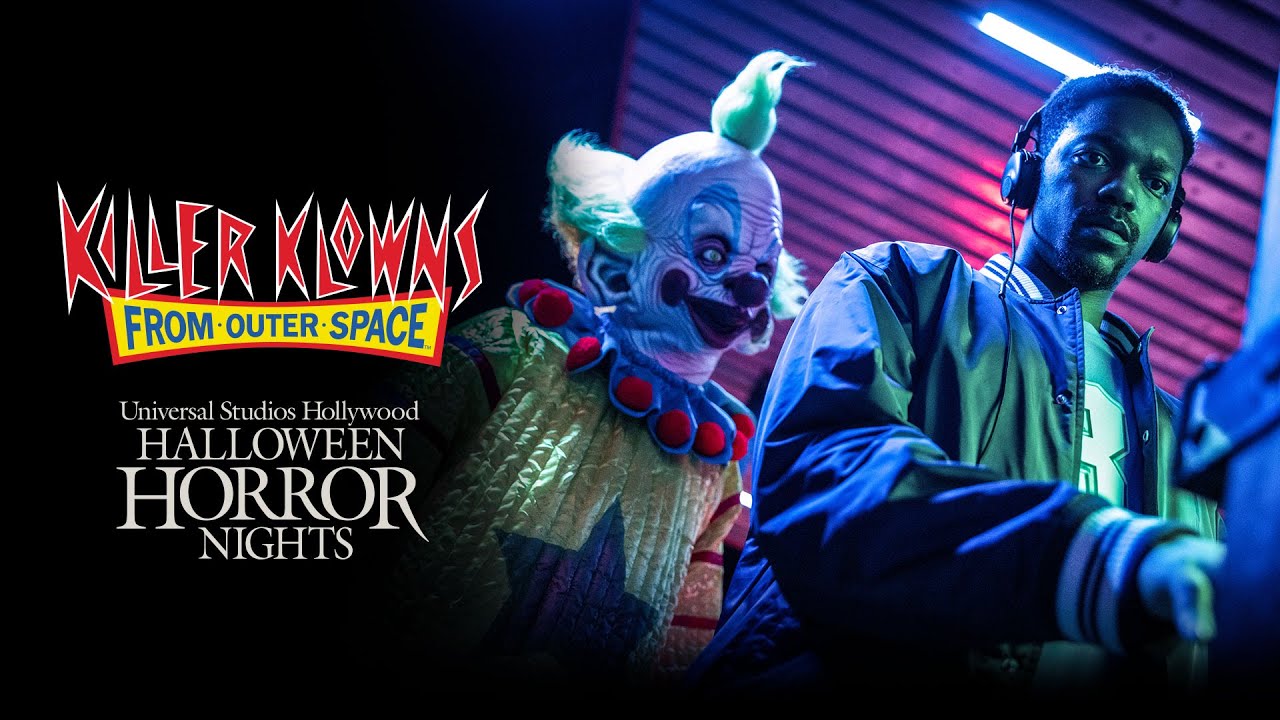 For years, rumors have swirled around a possible sequel to the 1988 cult classic from the Chiodo Brothers but, due to budgetary problems, the pie-wielding harlequins have been kept off the big screen. There were even talks a decade ago about The Return of the Killer Klowns from Outer Space in 3D (now that’s a mouthful), but no dice.

Most recently, the Chiodo Brothers have broached the possibility of the property expanding into a series that would have followed the original characters. Again, nada.

But, at least there’s this new official two-minute film for fans to enjoy. In the video, Shorty makes his return, terrorizes some people at a gas station with his cotton candy gun and shrinks their car. Typical hijinks. And, who knows? Maybe this brief exposure will lead to something bigger somewhere down the road.