While the isolated reality of 2020 may have extended into the summer of 2021 and affected the annual pop culture conventions, toy companies are making sure that in the absence of a physical San Diego Comic-Con they keep fans and collectors amazed and enthralled with new product reveals.  For horror toy and collectable aficionados, the big 4 (NECA, Mezco, Super7 and McFarlane Toys) all had their own exclusive comic-con online events to satisfy their fans kicking off this week.

Here is the rundown for each to this point, with at least one company continuing the reveals into the weekend….

The masters of ReAction unveiled quite a few new items this week in celebration of SDCC, all of which are currently for sale on their website (https://super7.com/collections/super7-spectacular-kinda-sorta-still-at-home-ic-con).  The Super7 “Spectacular Kinda Sorta Still at Home-ic-Con” was full of pop culture staples (Godzilla, TMNT, a Power Rangers shirt!) but for horror fans, all eyes are on those groovy Army of Darkness ReAction figs.  Ash, of course, leads the way with “Hero Ash” getting the Japanese movie poster treatment, but the glow-in-the-dark Deadite Scout and Pit Witch aren’t too shabby either.  Go forth and order! 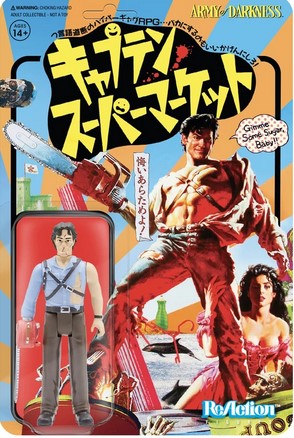 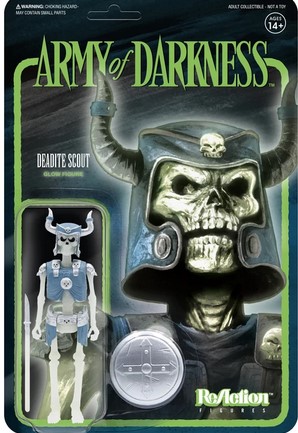 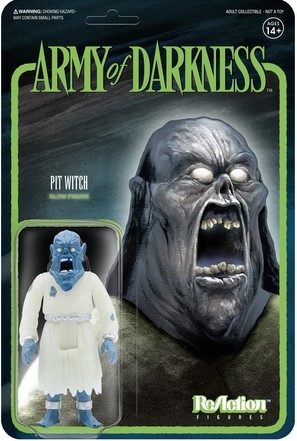 NECA continues to kill it with the TMNT, Gargoyles and Flash Gordon lines as all receive new pieces exclusive to their online Comic-Con online event.  But true to their roots, a killer Michael/Loomis 2-pack from Halloween 2 had their first official photos debut and immediately cause a stir.  No release date has yet been announced, but Randy and the NECA folks nailed this one so the sooner the better.  How many times did Loomis shoot Michael again?  I can never seem to remember…….

As a bonus, enter to win a life-size Chucky doll simply by tagging your friends on NECA’s Instagram post.  Friends to the end! 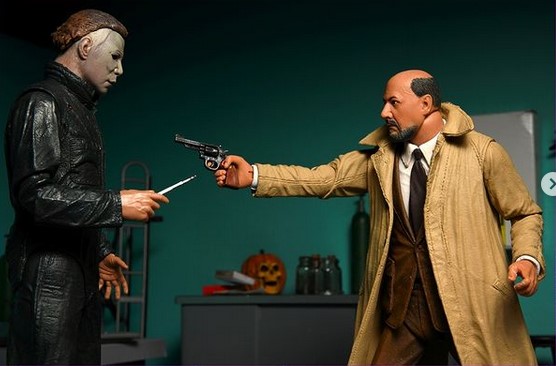 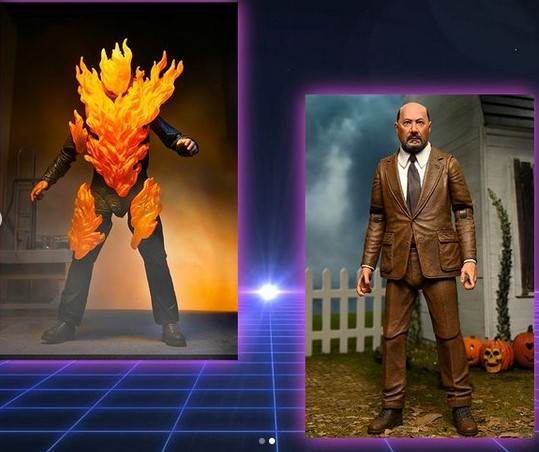 Mezco Con 2021 only just started, and we’re already clamoring for more.  While there are a couple very cool One:12 Collective reveals (Dick Tracy!), the announcement most interesting for horror collectors is centered around a very controversial entry in the Halloween franchise.  We literally cannot wait until the Living Dead Dolls Halloween III: Season of the Witch boxed set is released, whenever that will be.  On the heels of NECA’s impressive H3 figures from two years ago, this is the first entry in this particular space from the Mezco team but WOW does it look impressive.  If this is their day 1 horror reveal, what do they have in store for the next three days??? 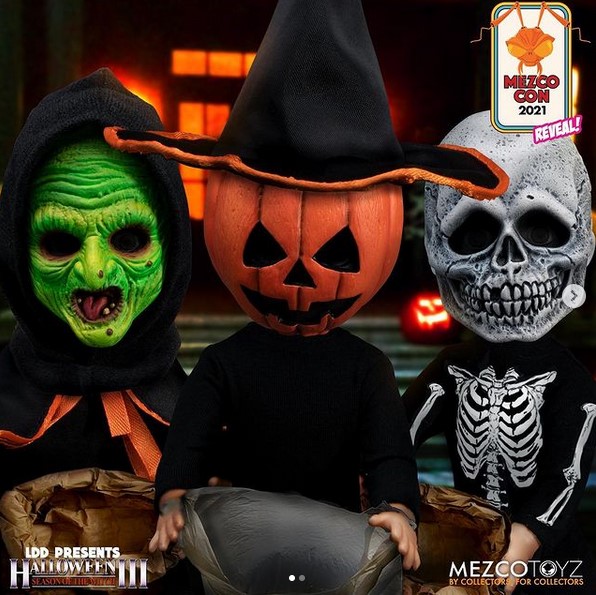 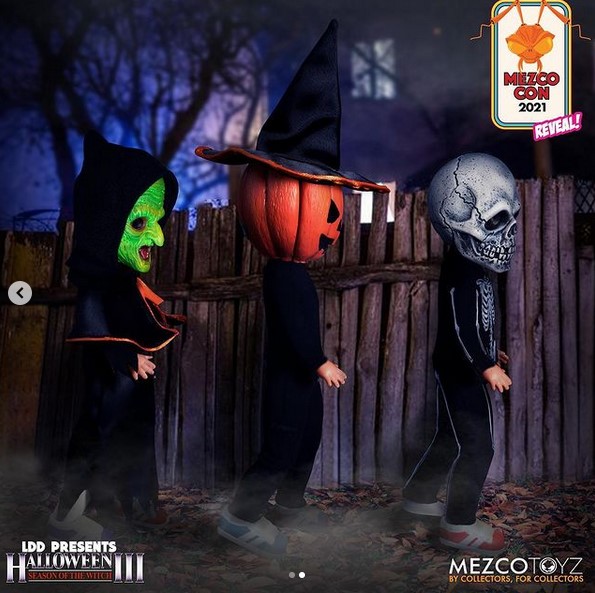 Stay tuned to HNN for more coverage on the online 2021 comic-con events and reveals as they break!