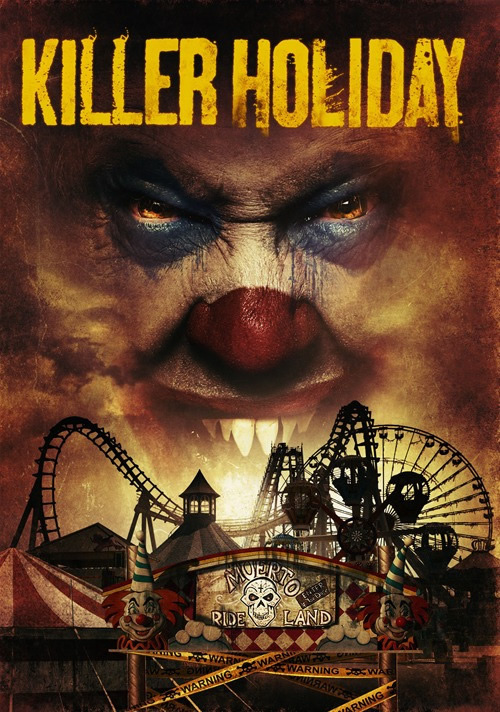 Step right up for a “raw, surreal and memorable” (Variety) Killer Holiday, arriving on DVD (plus Digital UltraViolet), Digital Download, Video on Demand and Pay-Per-View November 5 from Lionsgate Home Entertainment. The killer thriller will be available for Digital Download two weeks earlier on October 22. When a group of eight friends embark on a road trip that takes them way off the beaten path, they come across an abandoned amusement park, but the fun is soon over when they make an unsettling discovery.

Michael Copon (The Scorpion King: Rise of a Warrior) stars in the “darkly violent” (The Hollywood Reporter) carnival-themed psychological thriller alongside Rachel Lara (The Wayshower) and Alex Mandel (TV’s “Howie Do It”). Experience the kills and thrills of Killer Holiday, including a behind-the-scenes featurette and a gag reel, for the suggested retail price of $26.98.

Synopsis: Psychotic killer Melvin “Spider” Holiday stalks eight unsuspecting teenage victims along old Route 66, driving them further and further from civilization. Anxiety starts to build as each stop along the way proves stranger then the last until the group is lured to an abandoned amusement park with a horrifying past. Soon they discover that the park comes complete with broken down carnival rides, the smell of death, and a killer ready to give them a one-way ticket to hell.