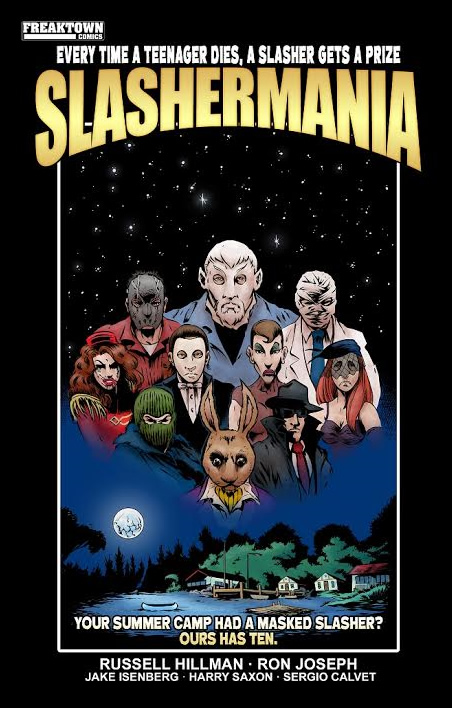 A Kickstarter campaign has been launched for the horror graphic novel, “Slashermania.”

The comic is described as:

1983. Troubled teens from New York and Los Angeles are taken to a summer camp facility to be trained as counsellors and mix safely with other people their own age. Little do they know they are being watched by an audience hungry for sex & violence. They are the designated victims for a bizarre contest of murder and mayhem – WELCOME TO SLASHERMANIA!

Below is the link to support this project. https://www.kickstarter.com/projects/1692478274/slashermania-a-retro-eighties-horror-ogn