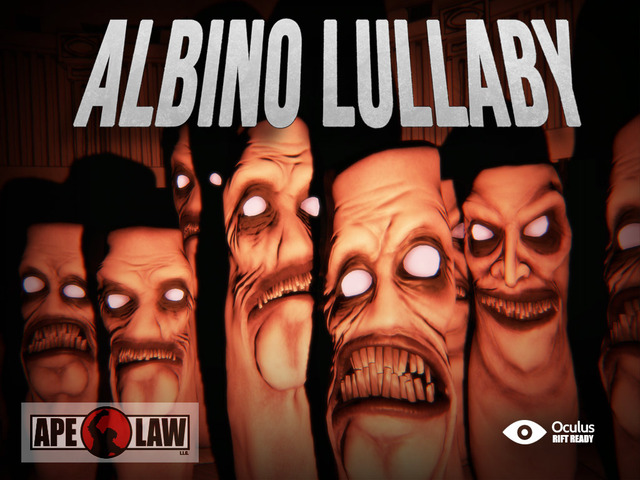 Ape Law, a new Boston based game studio revealed Albino Lullaby, a first person horror adventure that leaves cutscenes and extensive text trees at the door allowing players to simply explore and puzzle their way through interactive environments as they unravel a twisted mystery.  The studio also announced the launch of their Kickstarter Campaign:   http://www.AlbinoLullaby.com/Kickstarter.

“Ape Law’s mission is to build great games that feature more story and depth,” said, Justin Pappas, Founder and Creative Director at Ape Law. “Albino Lullaby delivers on this promise with an immersive, detailed story that players unveil through interacting with the environment around them.  We plan to deliver episodic content each quarter beginning this Fall.”

Albino Lullaby is a first-person horror adventure game set in a dark and fun subterranean world. Clinging to the precipices of underground cliffs, the highly interactive environment twists and contorts around you in real time as you puzzle your way through its equally twisted narrative. The atmospheric powers of Unreal Engine 4 transport the player into a world that etches it’s way deep into the player’s imagination through its impressionist art style. Designed from the ground up for compatibility with the Oculus Rift, Albino Lullaby aims to transport players to a new plane of perception and immersion.