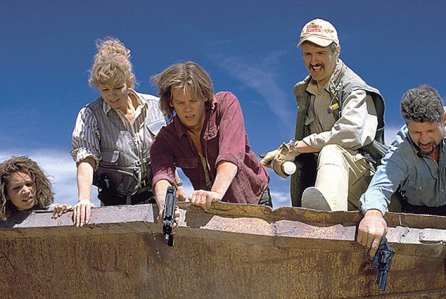 The 1990 cult classic ‘Tremors’ is getting a TV reboot from Universal Cable Productions and Blumhouse. Kevin Bacon will reprise his role and is also executive producing.  Andrew Miller is writing the adaptation.

Bacon, who only starred in the original film, will be returning to the role of Valentine McKee and the town of Perfection 25 years later. The original film about giant man-eating worms spawned four direct-to-video sequels an a TV spinoff called ‘Tremors: The Series’ that only aired for one season.