Fans of the DC comic book and related animated TV series that follow the adventures of Justice League Dark are in for a treat this week.

Justice League Dark: Apokolips War–the latest entry in the litany of DC Universe Movies–is now available on digital, according to a press release from GT Marmots.

Enjoy an all-new clip from the movie (below) that features the demon Etrigan (voiced by Ray Chase) battling a very serious band of ninjas dispatched by the League of Assassins. Also in this clip are Lady Shiva (Sachie Alessiio), Constantine (Matt Ryan) and the Man of Steel himself, Superman (Jerry O’Connell).

As explained, Justice League Dark: Apokolips War is the culmination of a seven-film, 15-year trek that kicked off with Justice League: The Flashpoint Paradox in 2013.

Apokolips War tells the horrific tale of a decimated Earth after the Lord of Apokolips, Darkseid, has defeated the Justice League. Now, the remaining super-heroes–including members of the Justice League, the Teen Titans, the Suicide Squad and others–must lick their wounds, make new plans and attempt a do-or-die battle with Darkseid in order to save what is left of Earth and its inhabitants.

Sounds like a “war to end all wars” scenario.

Keep reading Horror News Network for any updates, and additional information, on future entries in the Justice League Dark series. 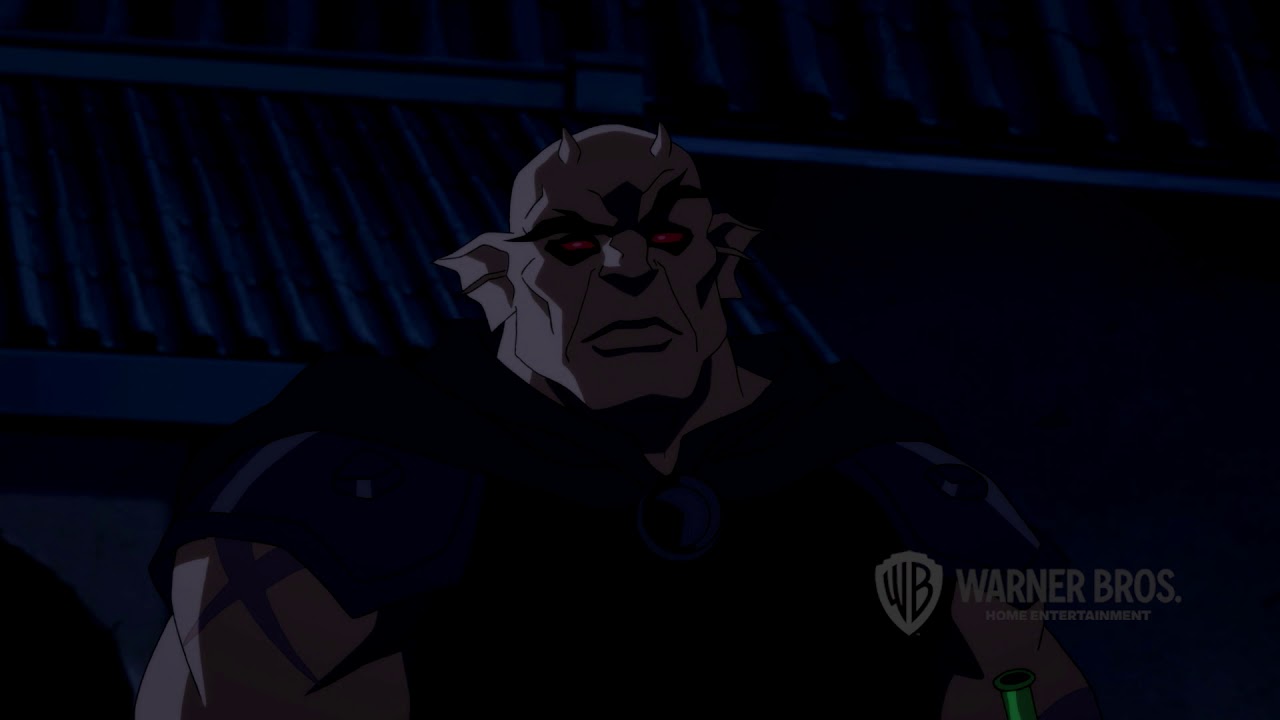