This is definitely not the bunny slope.

The first official TV trailer TV spot for this summer’s Jurassic World: Dominion gives a tongue-in-cheek glimpse into what could happen when dinosaurs crash their way into the real world–including next month’s Winter Olympics in Beijing. Check out the TV ad, courtesy of wegotthiscovered.com, on this page.

This teaser–which features Alpine skier Mikaela Shiffrin making the acquaintance of a curious velociraptor and a menacing T-Rex–is the first of three such TV spots produced by NBC Sports and Universal Pictures. The ads will run during the Winter Olympics, which are scheduled to kick off Feb. 3.

In addition, it was reported that a full-length trailer for the highly anticipated dino flick will air sometime during Super Bowl LVI Feb. 13.

Jurassic World: Dominion–set for theatrical release June 10–is directed by Colin Trevorrow from a screenplay he wrote with Emily Carmichael. Very little is known about the main storyline, but Trevorrow said the film is set “all over the world, through many different environments–wilderness, urban, desert, snow.”

The director added that “it’s exciting to see these creatures navigate environments they weren’t built to survive in. They grew up in a theme park, and now they’re here!” 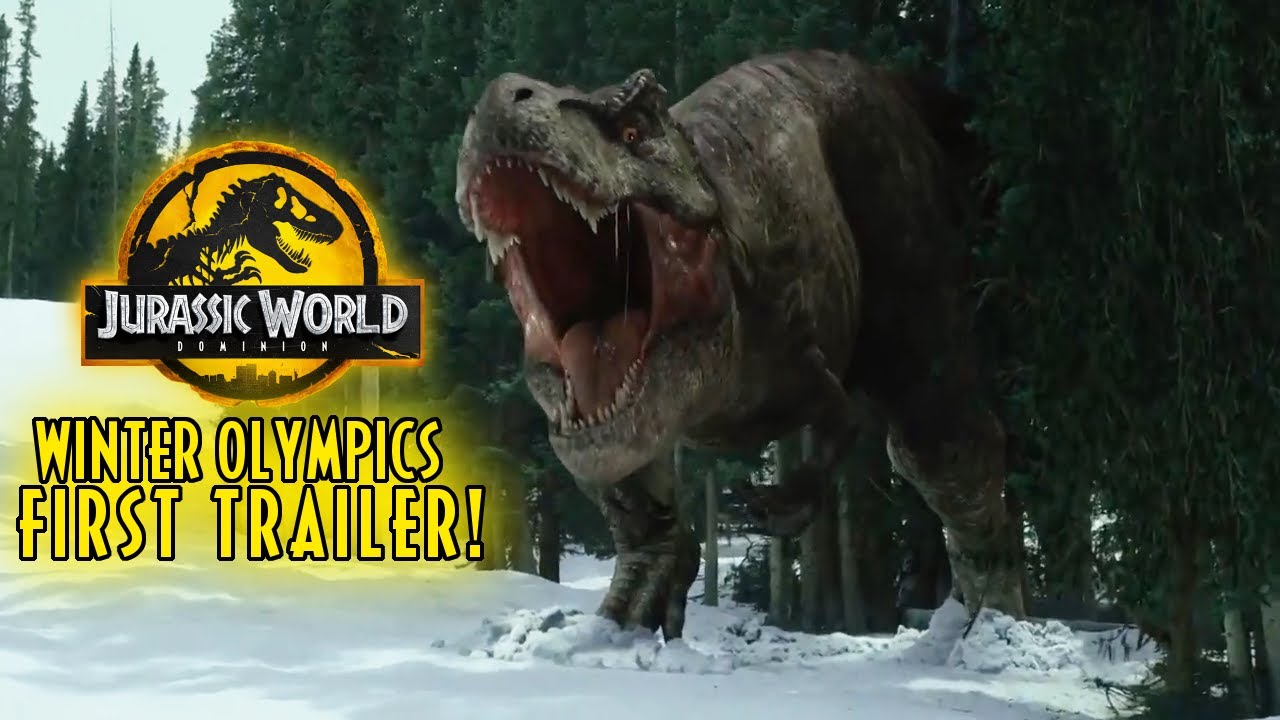