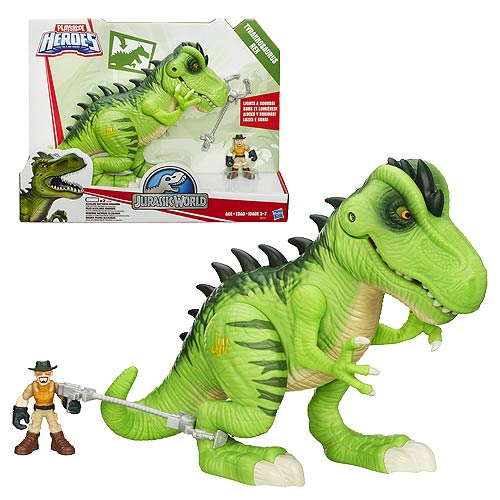 This Jurassic World Playskool Heroes Tyrannosaurus Rex figure has awesome chomping action – he can “eat” the included figure! It’s up to your little one, his imagination and his trusty capture claw to capture the Tyrannosaurus Rex figure and bring him back to base before he goes on a rampage.  This big nasty even features lights and sounds to menace his human tracker figure, included.