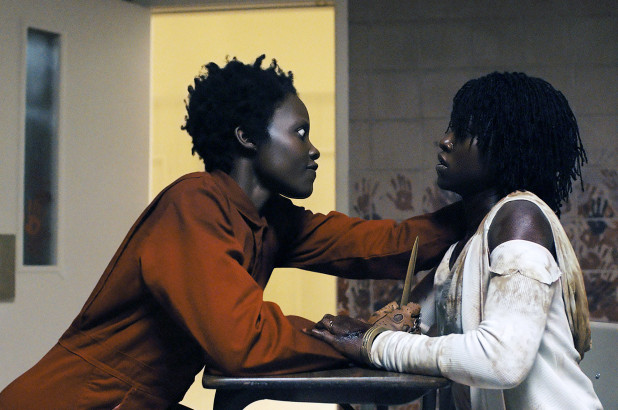 While Us’s box office is certainly impressive, as it is one of the highest grossing original horror films of all time after only one weekend, it may have a hard time sustaining the momentum and word-of-mouth that Get Out capitalized on.  Us has been an unabashed hit in the eyes of critics (with a 94% fresh rating on Rotten Tomatoes), but audiences seem to like, but not love the picture.  When examining the metrics associated with audience reactions,  ticket buyers gave Us a 70% rating on Rotten Tomatoes and a lukewarm CinemaScore of B.

These numbers are in stark contrast to Get Out, as movie-goers gave the film a 86% score on Rotten Tomatoes and a very positive A- on Cinemascore.  Us should be able to cross the $100 million mark fairly easily by next weekend, but whereas Get Out played for weeks based on audience recommendations and good will, Us may perform more like a front-loaded blockbuster, than a grass roots hit.  Us will most likely catch up to Get Out’s domestic take of $176 million, but the film may have a more difficult time surpassing the worldwide box office totals ($255 million).  The competition also gets stiffer for Us very quickly with Pet Sematary, Shazam, and Hellboy all releasing inside of the next two weeks.

If you are looking for a review of Us, be sure to check out HNN’s John Evans’ deft analysis, and be on the lookout for HNN’s Spring Horror Movie Preview, coming next week.