You have to hand it to Jordan Peele–he certainly has a way with movie titles.

The Oscar-winning filmmaker this week shed some light on his latest horror entry–simply titled Nope–with several cast selections and a striking (but cryptic) poster of a cloudy night with a kite tail (seen on this page), per a report on Deadline. Maybe he’s trying to take a page from M. Night Shyamalan’s book.

Nope is Peele’s third horror feature, following his success with Get Out (2017) and Us (2019). The film–slated for a July 22, 2022 theatrical release–stars Get Out alum Daniel Kaluuya, Keke Palmer, Steven Yeun, Barbie Ferreira and Brandon Perea.

No plot details for the Universal Pictures film were leaked, but Peele had previously said he has “four social thrillers” he wants to “unveil in the next decade.” He said he believes “the best and scariest monsters in the world are human beings and what we are capable of.”

Get Out–written and directed by Peele in his debut in the director’s chair–was an unqualified triumph. Winning widespread acclaim from critics, the film received four Oscar nominations, and won for Best Original Screenplay. Get Out also scored big at the box office, raking in $255 million worldwide on a budget of just $4.5 million.

Us also was a critical and commercial success, grossing $255 million on a $20-million budget and garnering praise for Peele’s screenplay and direction, as well as the acting and musical score. 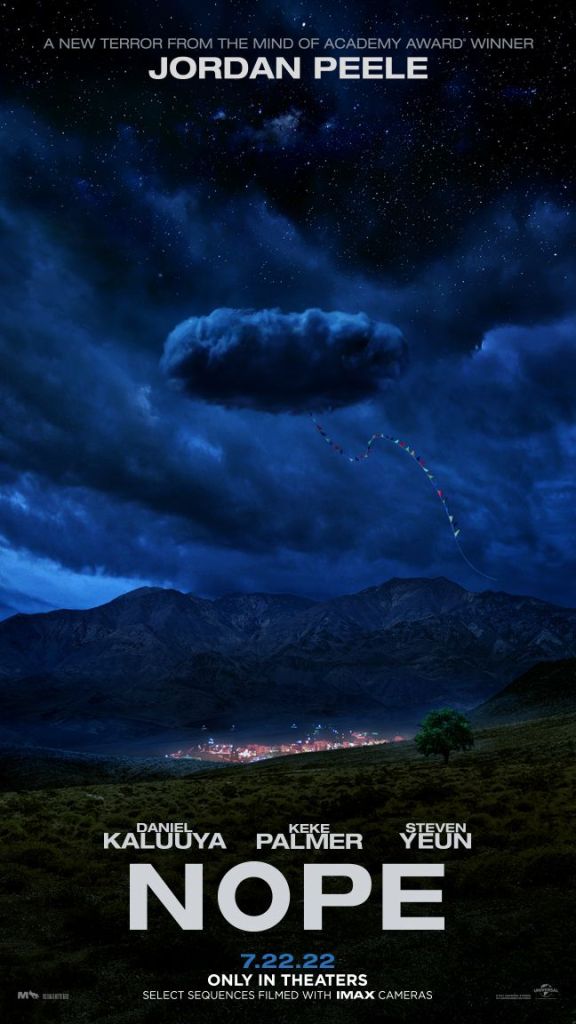 ‘Nope’ Scares Up More Than $6M During Thursday Previews