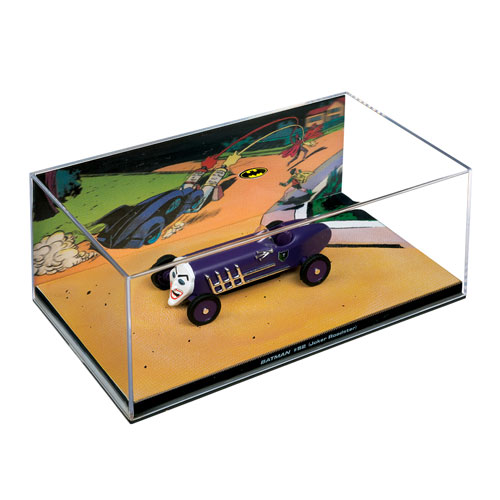 The Batman Automobilia Collection is a bi-weekly series offering Batman fans and model-car enthusiasts alike the chance to collect the most iconic vehicles to have ever been driven by Batman, featuring Batmobiles from the hit TV shows, the blockbusting films, and 75 years of comics. The Batman #52 Joker Roadster Die-Cast Metal Vehicle with Collector Magazine is accompanied by an exclusive collector’s magazine with images and facts of the vehicle.