DC Comics has hit a rough patch. Parent company WarnerMedia recently laid off 20 percent of the comics giant’s staff while it implements a reorganization plan–and the axe has fallen on one of the fan-favorite horror titles: John Constantine: Hellblazer.

This current incarnation of the Constantine character–that first appeared in the pages of The Saga of the Swamp Thing way back in 1985–will end its run this November with Issue No. 12, as reported by cbr.com.

Produced by the writer/artist team of Simon Spurrier and Aaron Campbell, the final issue of John Constantine: Hellblazer is slated to hit comics shops Nov. 24. The cover of Issue No. 12, rendered by John Paul Leon, can be found below.

Spurrier, responding to the cancellation on his Twitter page, said, “I see they’ve announced Issue No. 12 will be the last in the current (Hellblazer) run. We’re heartbroken.” Campbell echoed those sentiments, saying it’s “pretty sad to see (Hellblazer) wrapping up. It has been the joy of my career.” The artist added, though, that the comic wasn’t truly cancelled. “(Issue) 12 was the original goal and, boy, did we get there,” he said.

The final issue–recommended for fans 17 years old and older with a price tag of $3.99–finds Constantine facing “his final reckoning with the older version of himself, who’s been seeding magical chaos all around England, while the lives of all his friends hang in the balance,” according to the official synopsis.

“And that is not a good situation for John Constantine’s friends. Can the evil in John’s heart ever be contained? Or will it reach out and destroy the one life he would give anything not to corrupt?”

The Constantine character–created by Alan Moore, Stephen Bissette, Rick Veitch and John Totleben–first appeared in his own comic, Hellblazer, in 1998. That book was written by Jamie Delano and illustrated by John Ridgway. Thecurrent John Constantine: Hellblazer comic–under The Sandman Universe banner–began its run last year.

Constantine, as fans know, is a “working-class warlock, occult detective and con man from Liverpool” who has crossed over into several mainstream DC comic books through the years.

Keep reading Horror News Network to learn the fate of John Constantine as well as to get future updates on DC Comics. 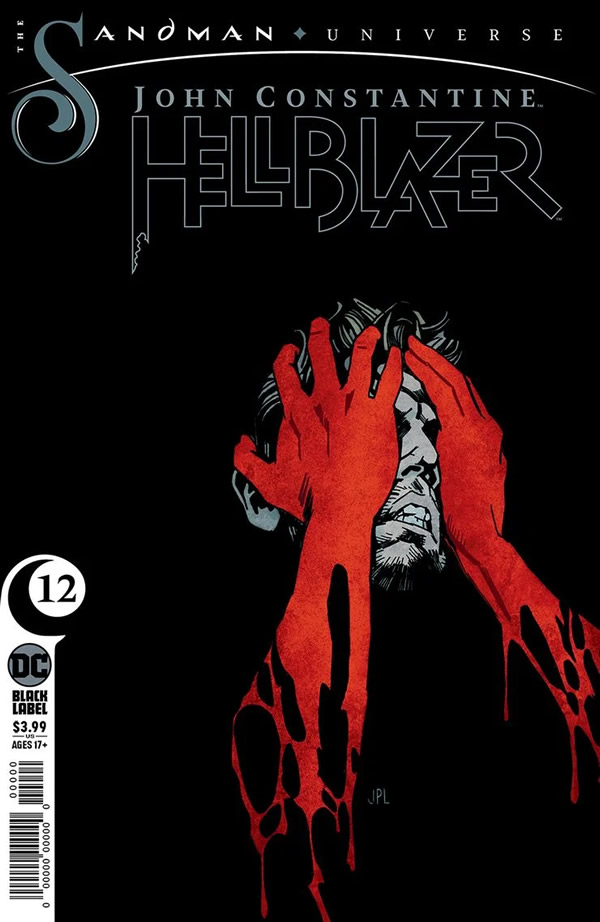