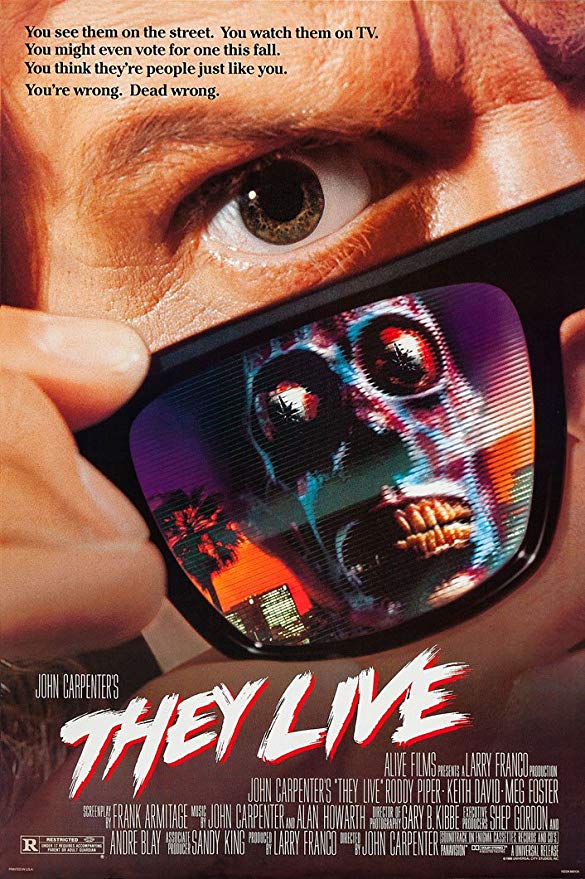 “They” will live again, according to director John Carpenter that is, who said in an interview with Den of Geek that a sequel to 1988’s They Live is certainly possible.

Although he remained coy with details on a follow up film, Carpenter did reveal that for a time a remake was in the works with Matt Reeves, known for his directorial work on Cloverfield and War for the Planet of the Apes, set to direct.

When asked for more info about the potential sequel, Carpenter answered, “Well, I’m not gonna tell you about that, because it might be closer to reality than you think,” before adding, “The sequel is, well, we’ll see. We’ll just have to see.”

When released, They Live was made as a political attack against greed and corruption of the Reagan era that focused on a down-on-his-luck drifter called John Nada, who was portrayed by the late Roddy Piper. Nada gets pitted against an alien race that manipulates human beings with a world filled with subliminal broadcasts. After coming across a pair of specially made sunglasses, Nada is then able to see the reality of the world that lays beneath.

Opening at number one in the box office its first weekend, They Live went on to gross $13 million theatrically but has become a fan favorite on home video with a Collector’s Edition by Scream Factory.

The latest addition to the Halloween franchise opens this weekend so check back soon for more on future works of John Carpenter!