Joan Weldon, opera singer and actress with 20 film credits on her resume, passed away on February 11th at the age of 90.  Weldon starred in films such as Gunsight Ridge and Day of the Badman, and could frequently be seen on the theater stage acting in productions ranging from Oklahoma to The Sound of Music.  For horror fans, Weldon was best known as Dr. Patricia Medford in the 1954 monster/sci-fi movie Them!

Though Weldon passed away nearly three weeks ago, her family did not make a formal announcement until Thursday.  “With profound sadness, we announce the passing of Joan Louise Weldon Podell, a loving and devoted mother, wife, grandmother and dear friend, on February 11th, 2021, who passed away peacefully at her home in Fort Lauderdale FL,” her family stated.  She was born on August 5, 1930 in San Francisco and raised by her grandmother after the passing of her mother at age 6.  She is survived by her husband  David L. Podell Jr., to whom she was married for 56 years, her daughter, Melissa, her grandchildren Sienna, Alexander, and Ella and stepdaughter Claudia.  A memorial in her honor is scheduled for March 13th at The Brick Presbyterian Church in New York City, to be live-streamed as well.

In Them!, Weldon played opposite Edmund Gwenn as a father-daughter team battling a colony of giant ants terrorizing humanity.  The film was nominated for an Academy Award for special effects, and sparked a run of “big bug” horror/sci-fi movies in Hollywood throughout the 1950’s (which included Tarantula (1955), Earth Vs The Spider (1958) and The Black Scorpion (1957).)  She was labeled as “filmdom’s fairest exterminator” by many critics for her role.

We here at Horror News Network send our deepest condolences to Joan’s family and friends.  Rest in peace. 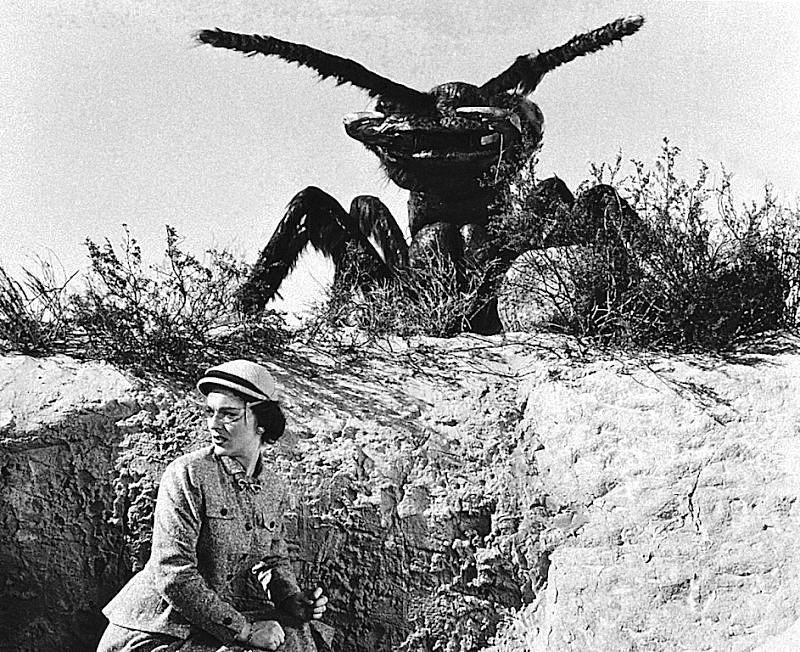