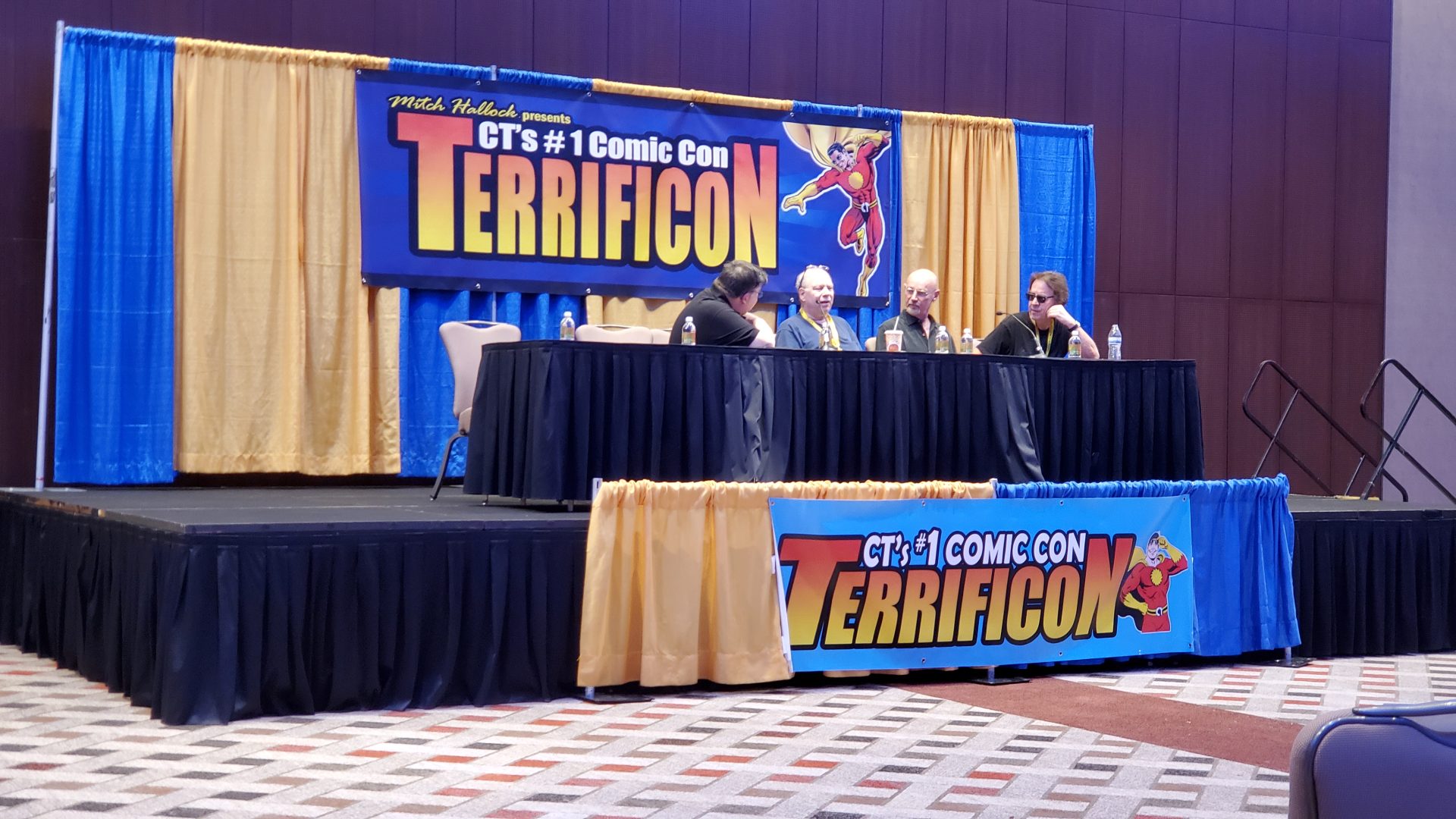 Most horror fans of the 1970s fondly recall Marvel’s black and white magazine sized comic books, and for many of those that grew up in that era, they often served as an introduction to the horror genre  and Marvel’s versions of classic monsters like Dracula and Frankenstein as well as some of their own such as Man-Thing and The Zombie: Simon Garth.

Word Balloon Podcast’s John Siuntres dug deeper into the origins of the magazine line at 2019’s Terrificon panel “The Lost Marvel Magazines of the 70s” with the help of some of the most prominent artists and writers of the time period in the form of Jim Starlin, Paul Gulacy, and Al Milgrom.  And while all three creators joked that they didn’t produce a whole lot of content for the magazines, they all certainly knew the history behind them.

Comic historians often connect the rise of the Marvel magazines to the success of Jim Warren’s Creepy, Eerie, and Vampirella titles, but another contributing factor was less about competition and more about sustaining a relationship with the printer that Marvel used for the majority of their comic book output.  Starlin brought up the fact that Marvel’s publisher Martin Goodman had a number of men’s adventure magazines with ham-fisted titles such as Male and For Men Only that were profitable through the 1950s and 60s, but they began to wane in the 1970s.  This lead to many of the magazines going out of business, leaving the printer with a number of empty slots that Marvel ended up filling with the more adult oriented magazine-sized comics which included all of the new horror titles  as well as Savage Sword of Conan, The Deadly Hands of Kung-Fu, and others.

Siuntres also brought up the fact that DC didn’t follow Marvel down the same path in terms of magazine production, other than Jack Kirby’s In the Days of the Mob and a title that Al Milgrom stated was planned (and worked on) by “The King of Comics”.  According to Milgrom, DC had the idea to publish a magazine entitled Black Romance, a romance comic aimed at an African-American audiences, but it never saw the light of day.

Milgrom (never afraid to speak his mind) also touched on Marvel magazines competition at Warren Publishing and that Warren “…made most of his money off of the ads and a mail order business”.  Milgrom claimed that Warren would solicit makers of monster masks, models, games, etc. that were horror/monster related and promise the companies exposure in return for free product which he would turn around and sell to readers through advertisements in his magazines.

Regardless of the origins, comic book and horror fans will always remember the black and white magazines of the 70s as some of the best non-superhero content of the decade.