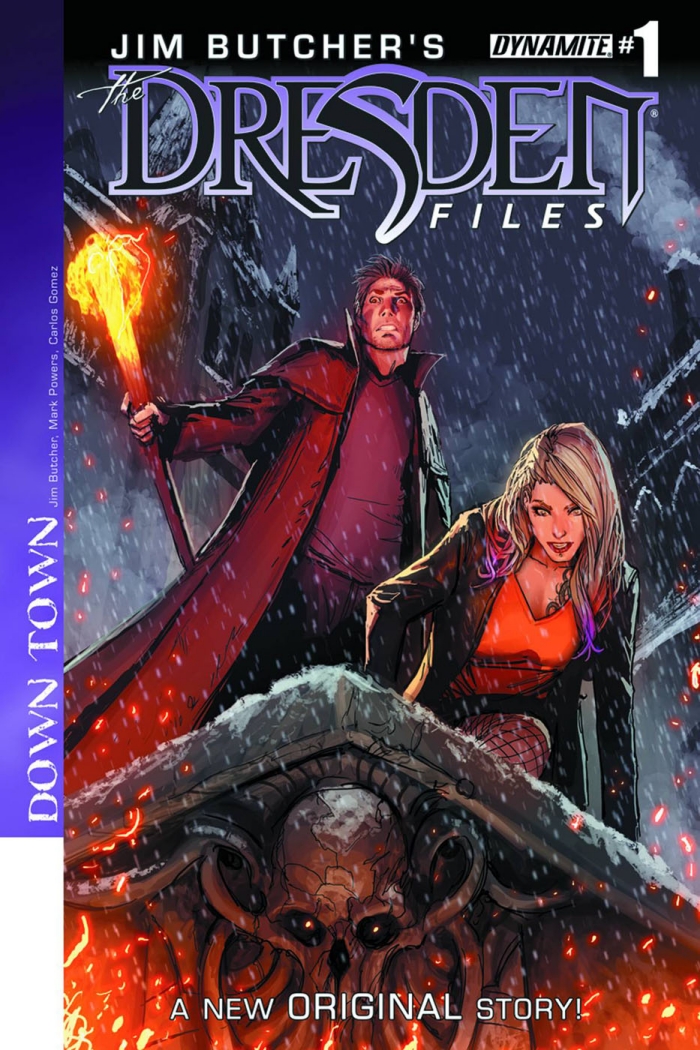 Another all-original story tale of the Dresden Files!

Months after the events depicted in Jim Butcher’s White Night, the War between the Red Court and White Council rages on. But vampires are far from the only supernatural threat Chicago’s only wizard for hire must stand against. Someone has unleashed an entity unlike any Harry has yet encountered — and it has begun targeting the innocent, seemingly indiscriminately. Along with his apprentice, Molly Carpenter, Harry must uncover the truth behind this new predator… no matter how far into darkness he must descend.

Written by Jim Butcher and Mark Powers and art by Carlos Gomez with a cover by Stjepan Sejic.