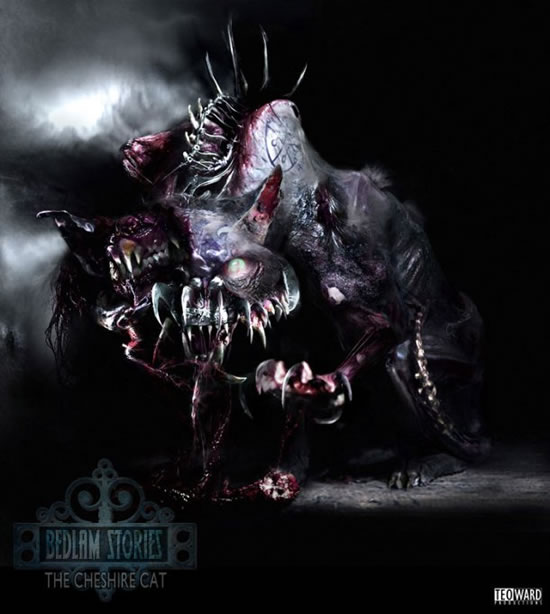 Some information came our way on a horror film called Bedlam Stories. Read the official release below.

About Bedlam Stories
Set in the 1920s, intrepid reporter Nelly Bly fakes insanity to gain admission into the infamous Bedlam Asylum. While researching her expose, Nellie meets a young patient, Dorothy, who has delusions of a fantasy land she calls “Oz.” Digging deeper into the dark history of the asylum, Nellie uncovers evidence of human experimentation on another inmate, a young girl named Alice, who’s “Wonderland” mirrored Dorothy’s imaginary world. Nellie is determined not to let Dorothy share Alice’s fate as a human guinea pig. But the horrific experiments open a portal to these other worlds. When the dark and twisted inhabitants of Oz and Wonderland clash for control, Nellie realizes that they aren’t delusions at all they are terrifyingly real.

Cameron is known for the SyFy channel, Roger Corman film Camel Spiders, Steven C. Miller’s excellent remake Silent Night, the much talked about Mr. Hush, and will next be seen in her directorial debut, Truth or Dare. She is going to play the role of “Nurse Tilley.” While information about the film and it’s characters is limited, we do know that Nurse Tilley is “The last kind face you will see, but her eyes hint that she knows about the dark secrets and practices within the walls of Bedlam Asylum.”

Cameron joins the cast with actress Anna Harr who will be playing the titular role of Alice. Bedlam Stories is being produced under Pearry Teo’s company, Teo/Ward Productions and the film’s companion novel is to be released on September 15th of this year. You can expect an excellent art book for Bedlam to hit at some time in November.