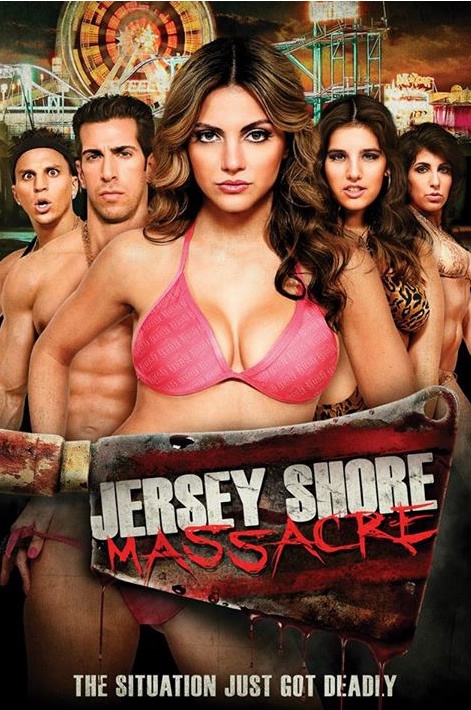 JSM PRODUCTIONS1 has launched a crowd funding campaign through Indiegogo to raise the last $50,000 needed to complete the horror-comedy JERSEY SHORE MASSACRE.   The campaign will run through Christmas (until December 31st, 2013) and offers a variety of unique Christmas gifts for “Jersey Shore” lovers and haters including signed Blu-ray discs, limited edition T-shirts and even VIP passes to the film’s NYC premiere and after-party hosted by cast member Ron Jeremy.  The most unusual perk by far is an evening of dinner or drinks with Bigfoot from “The Howard Stern Show.”

JERSEY SHORE MASSACRE is a blood drenched horror comedy that does for guidos and guidettes what ZOMBIELAND did for zombies.  Since a rough cut of JERSEY SHORE MASSACRE won the Best Special Effects award at Orlando’s Freak Show Horror Film Festival in October several U.S. theater chains have expressed interest in a theatrical release.   The funding raised through Indiegogo will cover the post production costs for color correction, sound design, the film’s MPAA rating and to create a promotional trailer.  JERSEY SHORE MASSACRE’s talented young cast includes Danielle Dallacco, who was the Pepsi girl featured during the 2013 Major League Baseball All-Star Game.  JERSEY SHORE MASSACRE also features Ron Jeremy, Penthouse Models Nikki Delano and Alexis Ford, SiriusXM Radio Personalities Sal Governale and Richard Christy along with “The Howard Stern Show’s” Bigfoot, all of whom are invited to the NYC premiere and after-party.