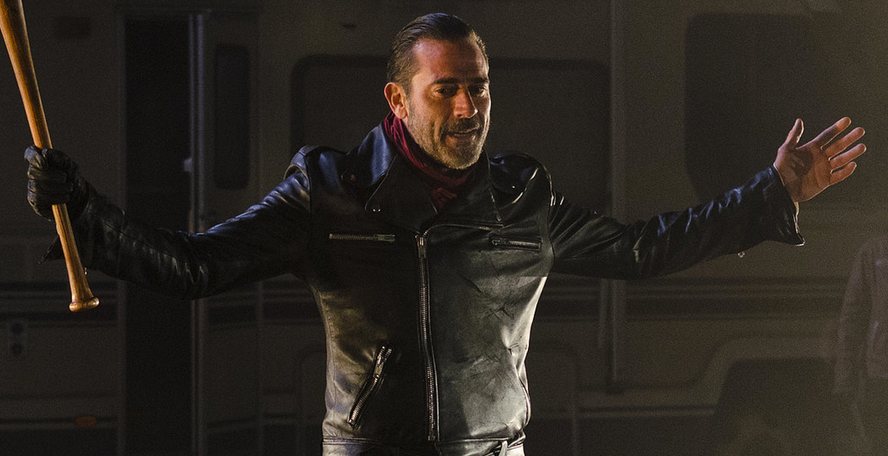 “I do believe yes, it’s in the future. You know, I’m always careful about this, [because] things can absolutely change. There’s a loose plan in place I have.”

Between the tacky cliffhanger ending to Season Six and the depraved and senseless violence in the opening of Season Seven, Negan has been a lightning rod for fan frenzy–both good and bad. The show is also currently suffering the steepest ratings fall ever, so it will be interesting to see how more Negan storylines will impact the quality of, and reception to, the series.

Gimple’s decision to focus on storytelling and character development for Negan could carry the show into a different direction. As early as this summer, The Walking Dead was being promoted on Entertainment Weekly with a video clip featuring Jeffrey Dean Morgan discussing how many swear words he uses, in character, while filming the show. If the Season Eight promos interview Morgan about character development and the major themes of future episodes, the series just might win back some of its lost viewers.

Stay tuned to Horror News Network for upcoming developments as they break.