The Creeper is coming back–but not until next year.

Screen Media announced this week that Jeepers Creepers: Reborn–the fourth entry in the horror franchise–has been pushed back from its projected release date this fall to sometime in 2022, as reported by JoBlo.com. A teaser–seen on this page–affords a brief glimpse into the horrors on the horizon.

The new reboot–directed by Timo Vuorensola (Iron Sky) from a screenplay by Sean Michael Argo and Jake Seal–follows Chase and Laine as they head to the Horror Hound Festival where Laine experiences “unexplained premonitions and disturbing visions associate with The Creeper and the town’s past,” according to the official synopsis.

As the festival gets underway and “the blood-soaked entertainment builds to a frenzy, Laine believes something unearthly has been summoned for the first time in 23 years, and that she is at the center of it.”

The film–led by producers Jake Seal and Michael Ohoven and executive producer Seth Needle–is described as a reimagining of the 2001 original and the start of a new trilogy set apart from the first three movies.

The original Jeepers Creepers–written and directed by Victor Salva–stars Gina Philips and Justin Long as siblings pursued by The Creeper, a demonic creature and serial killer (played by Jonathan Breck). Despite mixed reviews, the film earned more than $59 million on a $10-million budget and spawned two sequels. 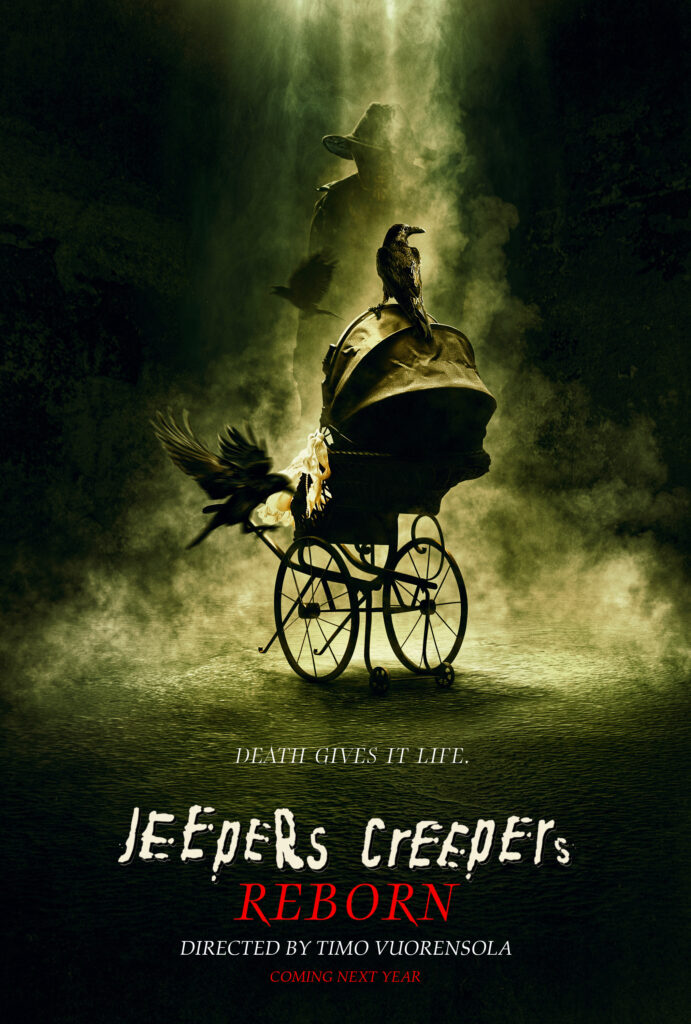