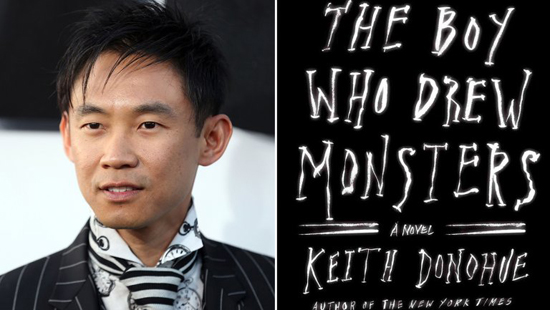 James Wans is on board to produce a film adaptation from New Line of the Keith Donohue book ‘The Boy Who Drew Monsters’.  Ian Goldberg and Richard Naing (The Autopsy of Jane Doe) are going to be writing the screenplay.

The story centers around at 10-year-old boy who suffers from Asperger’s and agoraphobia, but has devleoped the ability to give life to whatever he draws, which unfortunately are monsters.  His best friend, parents and a priests’s housekeeper are central to the story as well and try to help the boy. It is described as a mix of drama, ghost story and creature feature.