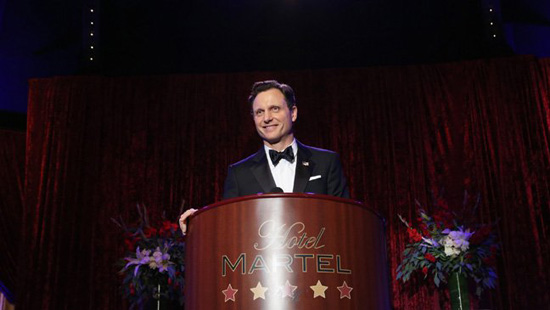 James Gunn has cast Tony Goldwyn in his upcoming film ‘The Belko Experiment’.  Gunn is writing and executive producing the film, that will star Goldwyn as CEO of the Belko Corporation, Barry Norris.

Gun wrote on his FaceBook page that Norris “is a guy who is used to being in charge at the Belko Building in South America, so it isn’t easy for him to start taking orders when the office employees are mysteriously forced to either start killing each other or be killed.”

Earlier this week it was announced that John Gallagher Jr. was cast as Mike Pelk, another lead in the film.   Gunn also said that he would be revealing more of the cast via FaceBook this week.