Jakob’s Wife takes a bloody bite out of a small community–and a long-standing marriage–on Shudder next month.

Barbara Crampton–whose horror resume stretches from Re–Animator (1985) to We Are Still Here (2015)–leads a strong ensemble cast in Jakob’s Wife, as reported by broadwayworld.com. A trailer for the film–which starts streaming exclusively on Shudder Aug. 19–can be viewed on this page.

Jakob’s Wife–directed by Travis Stevens from a screenplay he wrote with Mark Steensland and Kathy Charles–follows Anne (Crampton), who is married to a small-town minister “and feels like her life and marriage have been shrinking over the last 30 years,” according to the official synopsis.

After Anne meets “The Master,” she discovers “a new sense of power and an appetite to live bigger and bolder than before. As she is increasingly torn between her enticing new existence and her life before, the body count grows and Jakob realizes he will have to fight for the wife he took for granted.”

In approaching this film, Stevens said he wanted to honor the vampire subgenre, “trying to pepper in tributes to the classics as well as making some new contributions. And I think we take away any semblance of what a traditional vampire movie can be–where the vampire comes in and tries to romantically seduce the woman. This is much more about you need to love yourself.”

Keep reading Horror News Network for any updates on Jakob’s Wife on Shudder. 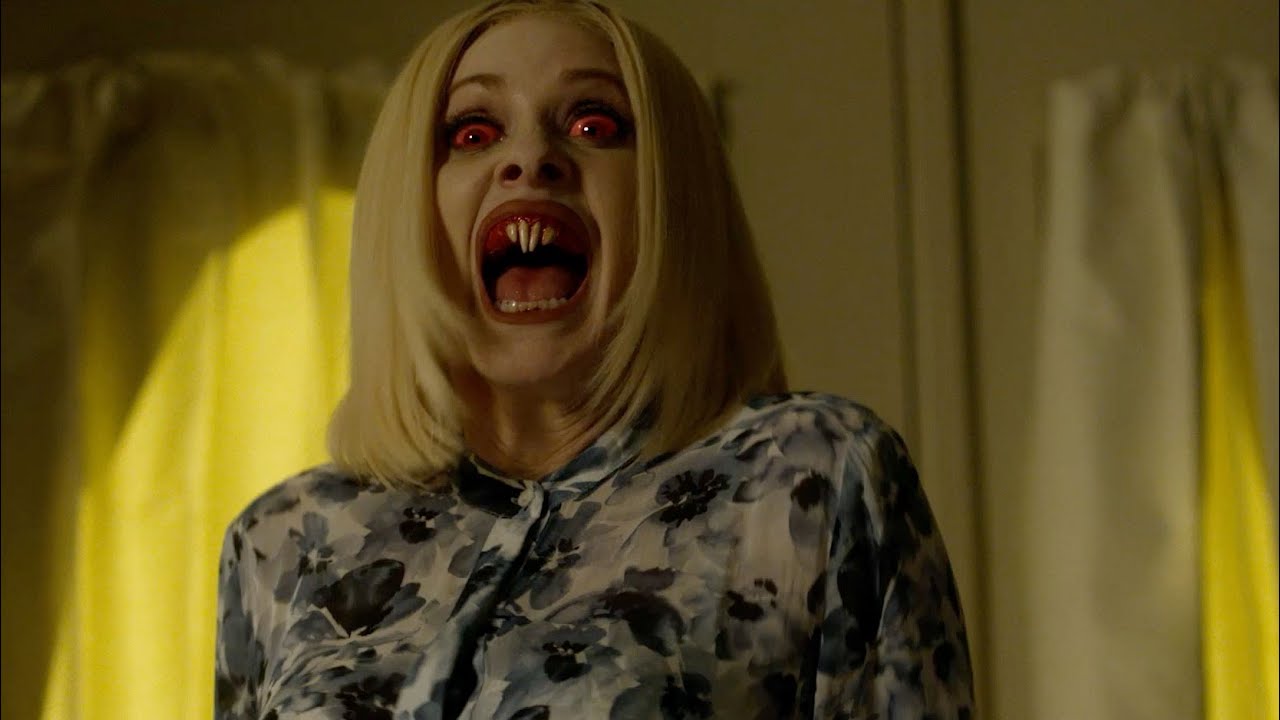