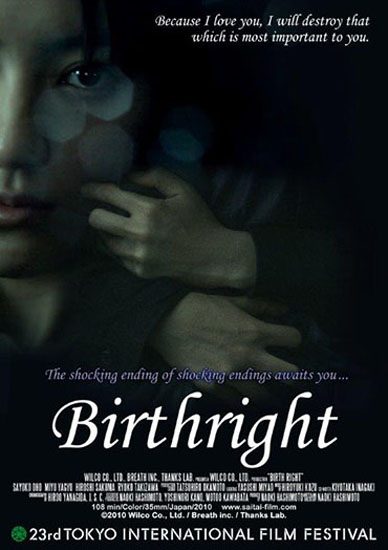 The Japanese horror film ‘Birthright’, titled ‘Saitai’ in Japan, is being remade by American studio All Nippon Entertainment Works (ANEW), in association with Wilco Co. Ltd and Depth of Field. The critically acclaimed film was originally released in 2011 in Japan, however it was not distributed to other countries. Directed, produced and written by Naoki Hashimoto, the original ‘Birthright’ is about a housewife who invites a woman into her home, whom she comes to believe is the daughter that she abandoned at birth. The younger woman is clearly hiding a dangerous secret that impacts her family, is aware of who she is and is seeking revenge. The film makers are hoping for a 2016 release date.