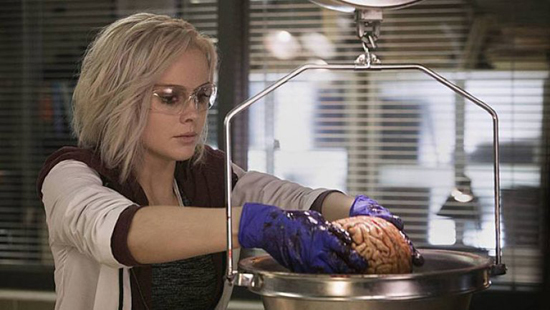 A new promo for ‘iZombie’ season two had been released.   ‘iZombie’ is returning this fall and stars Rose McIver and Rahul Kohli and centers around Liv (McIver), who is a coroner’s assistant and zombie trying to live a normal life.

Executive producer Rob Thomas said ““The zombies on the offensive in season one are going to be on the defensive. It will make strange bedfellows of Blaine and Liv, who are both concerned about the dwindling zombies in season two.”