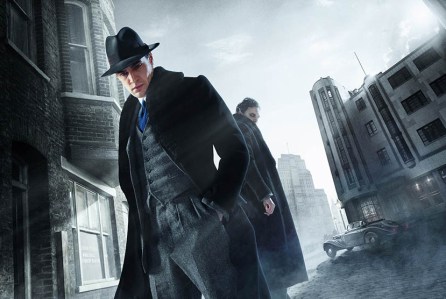 ITV has posted a first look at the upcoming ‘Jekyll & Hyde’. The 10-pat action-adventure drama stars Tom Bateman (Da Vinci’s Demons), Richard E Grant and Natalie Gumede (Coronation Street).   The series is a clever mix of mystery, fantasy, horror and sci-fi and based on an idea by actor and author Charlie Higson, along with the Robert Louis Stevenson classic.

Bateman plays Robert Jekyll, grandson to the original doctor, who seeks his real identity and truth about his ‘curse’. In moments of extreme anger or stress, he transforms in Hyde, as the clip released shows.   Grant plays Sire Roger Bulstrode, leader of ‘The Invisible Men’, otherwise known as the M10, the secret government department.   Gumede plasy Bella, who becomes involved in a love triangle with Robert.